A Super Nintendo Mini Is Reportedly Coming Out Later This Year, So Who Needs the NES Classic? 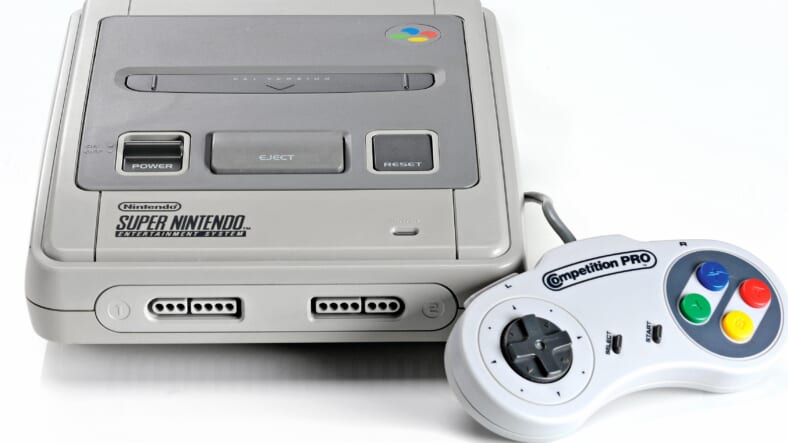 Nintendo is planning to follow-up the bonkers success of their NES Classic with another relaunch of a retro-but-beloved console: a miniature version of the Super Nintendo Entertainment System.

The SNES mini (or, to continue Nintendo’s official branding, likely the Nintendo Classic Mini: Super Nintendo Entertainment System) is currently scheduled to launch in time for Christmas this year. Development of the device is already under way, our sources have indicated.

The prospect of an SNES reboot is not only tantalizing to anyone who spent time button-mashing their way through titles like Mortal Kombat or whizzing past opponents in Super Mario Kart, it makes sense for the gaming giants.

The NES Classic continues to remain in high demand even though the last of them have already been manufactured, which will almost certainly leave some sadly twiddling their gaming thumbs. And if its similarly priced at around $60, it will make for a pretty unbeatable Christmas present with regard to a cost-to-fun ratio.

But the biggest reason bringing the SNES back makes sense is, frankly, the games are better. With a 16-bit processor, users enjoyed better quality graphics in comparison to its predecessor, which made for more varied and interesting gameplay.

Just check out this side-by-side comparison of Super Mario Bros, one on the NES and one on the Super NES.

We for one can’t wait to take a trip down memory lane with one of these awesome machines when they launch, hopefully, later this year.