Get your ultimate Super Mario fix in 2021. 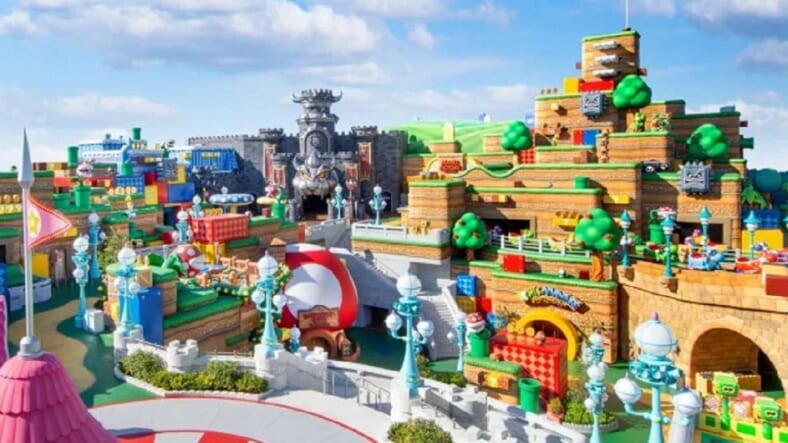 Well, that remains to be seen, but if you’re into Nintendo and looking forward to a trip to Japan, here’s some good news: According to Yahoo News, the “Universal Studios Japan theme park in Osaka will welcome its long-awaited Nintendo-themed area, which includes a Mario Kart ride, next year.”

The park will feature real-world recreations and features dedicated to the Super Mario games–including AR (augmented reality) headsets park guests will wear when on the Mario Kart ride.

Check out these just-released photos from the breathtaking land! 🤯 #WeAreMario pic.twitter.com/dojQjpL7rh

Here’s more about that ride from Yahoo:

Each kart for the ride has four seats, and riders will have some control through the steering wheel but it’ll also be on rails. The AR headset will give users the opportunity to collect items and throw shells at other karts on the track. Nintendo and Universal is already rumored to be building an additional area next to the Mario Kart zone, with it expected to focus on Donkey Kong.

The announcement inspired excitement as well as jokes on social media. Check out a few below.

YOU FACE OFF WITH OTHER MARIO KARTS IRLhttps://t.co/MNktgKmMyz

It's official: Super Nintendo World is opening on February 4, 2021 at Universal Studios Japan.

I was hoping to be there for opening day, but, yeah….. pic.twitter.com/tEw023Qv1p

Super @Nintendo Land — a Super Mario Bros-themed amusement park set to open this spring in Japan — looks AMAZING. Might have to make a road trip once this pandemic thing is done. https://t.co/1vEocNGOMd #marketing pic.twitter.com/mayQY4CTFB

2022 vacation is definitely going to be Japan! THE ONLY TIME IM EXCITED FOR A THEME PARK

Super Nintendo World is set to open in 2021 in Osaka, Japan https://t.co/tJVZI7OGWe

Hopefully, travel will become a lot easier in the New Year. Super Nintendo World at Universal Studios Japan will officially open its doors on February 4, 2021.