Can We All Please Shut Up About Susan Sarandon’s Cleavage? 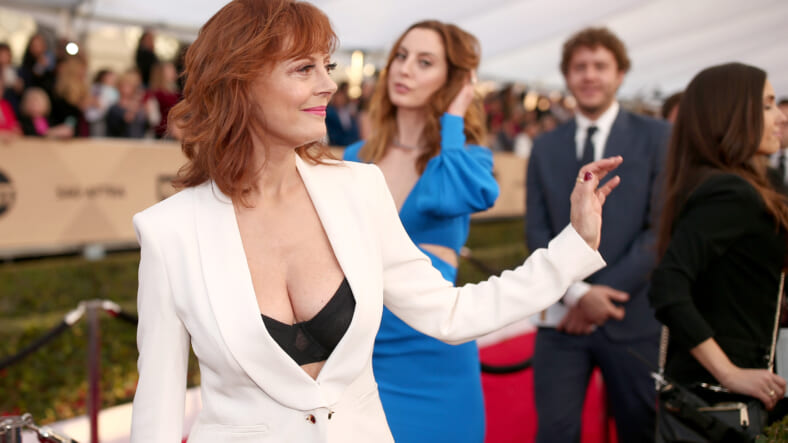 Last weekend at the Screen Actors Guild (SAG) Awards, Susan Sarandon wore a low-cut blazer that showed off her ample cleavage to present a segment paying tribute to stars who’ve passed away. And Piers Morgan really hated it.

Morgan threw a shit fit about Sarandon’s boobs on Twitter, calling her outfit “tacky” and “horribly inappropriate” throughout a series of tweets. He also compared the “In Memoriam” tribute to a funeral, which, let’s face it, it’s clearly not.

Since she really doesn’t give a damn, Sarandon casually posted a #TBT boob shot of herself from The Rocky Horror Picture Show, and dedicated it to Morgan. How thoughtful!

Now that everyone (especially Piers Morgan) knows Susan Sarandon loves her ta-tas and doesn’t care about what the Cleavage Police have to say, I think we can consider this case closed, and finally stop talking about it. Leave her boobs alone, Piers. They never did anything to you.

Thank you and good night.