This looks scary as hell. 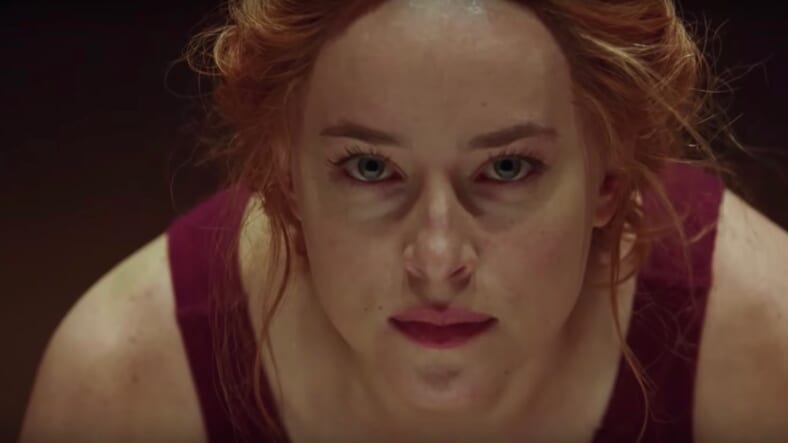 In a rare instance in which fans are actually excited for a remake, Call Me By Your Name director Luca Guadagnino just debuted his first teaser trailer for his remake of the ’70s Italian horror classic Suspiria.

Like the plot of the original from Dario Argento, Dakota Johnson plays an aspiring American dancer who joins an elite German ballet academy, which she discovers is hiding a coven of witches. Tilda Swinton plays the headmistress, and presumably the head witch.

Guadagnino’s trailer has a completely different look from the original, which is known for its operatic gore and liberal use of blue, red and yellow colors and lighting. Have a look at its most iconic (and most graphic) scene below.

The original is also known for its Italian prog rock soundtrack. Guadagnino hired Thom Yorke of Radiohead to score the remake, and some of his music can be heard in the new trailer.

The director has said that his movie is not an exact remake but rather an “homage” to the impression it left him as a kid: “I was just a boy who had seen a movie that made him what he became. So that’s how I am approaching it: a homage to the incredible, powerful emotion I felt when I saw it.”

That said, he clearly left in the gore from the original. First footage of Suspiria screened at CinemaCon, where it seriously messed up some viewers.

Amazon just world premiered a scene from Luca Guadagnino's 'Suspiria' remake and it's one of the most fucked up things I've ever seen at #CinemaCon. People at my table turned away from the screen. All I can say is it's beyond extreme and gross and I need to see more.

Luca Guadagnino’s #Suspiria is fucking terrifying, but I couldn’t look away. Dakota Johnson = WHOA. You’ve never seen a movie like this. #CinemaCon