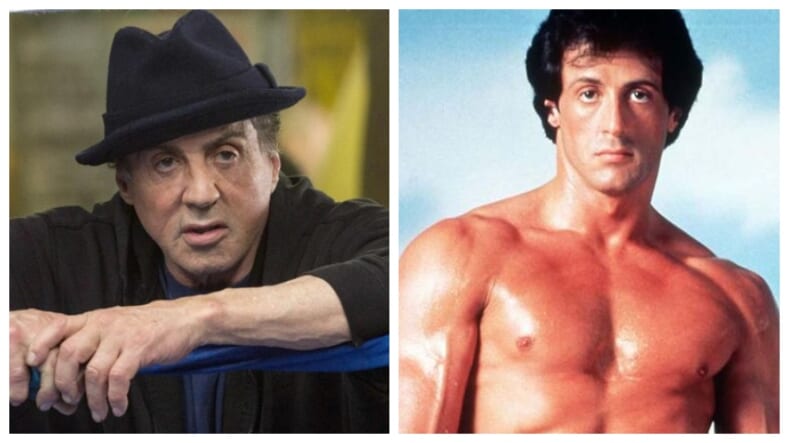 Sylvester Stallone as Rocky in Creed and Rocky/Warner Bros

Sylvester Stallone is an action movie icon, but that doesn’t keep him from hustling for more work. The latest example: Last week, Stallone shared a handwritten pitch for a “Rocky prequel series” on Instagram with his 12.8 million followers.

Stallone added an explanatory caption to the photograph of scribbled-on notebook paper:

This may be the strangest posting yet. I started out this morning by writing a treatment for a Rocky prequel For streaming. Ideally 10 episodes for a few seasons to really get to the heart of the Characters in there [sic] younger years – Here is a small portion of how my creative writing Process starts…Hope it happens – And then I needed to clear my head so I went fishing… Talk about extremes! Keep punching my friends.

Stallone wrote: “Imagine a time machine that will simply transport us back to the origins of ‘Rocky’….A cinematic world brimming with characters that have been beloved by people around the world for nearly five decades!” He went on to extend the “time machine” line of thinking, imagining a series set in “The Sixties,” an era that spawned, as Stallone writes:

We don’t know if Sly has already pitched a streamer like Netflix, but it wouldn’t be that surprising. Given his legacy for making the Rocky series work — from the acclaimed original movie through classic sequels like Rocky IV and the more recent Creed movies, starring Michael B. Jordan.

Speaking of that Rocky spinoff, a Creed III is in the works. Jordan is set to direct, but Stallone has reportedly said the character of Rocky Balboa won’t show up. He might be too busy working on that ’60s prequel.

Creed III is currently slated for release in November 2022.