One Syracuse Basketball Fan’s Devotion May Pay Off Big-Time 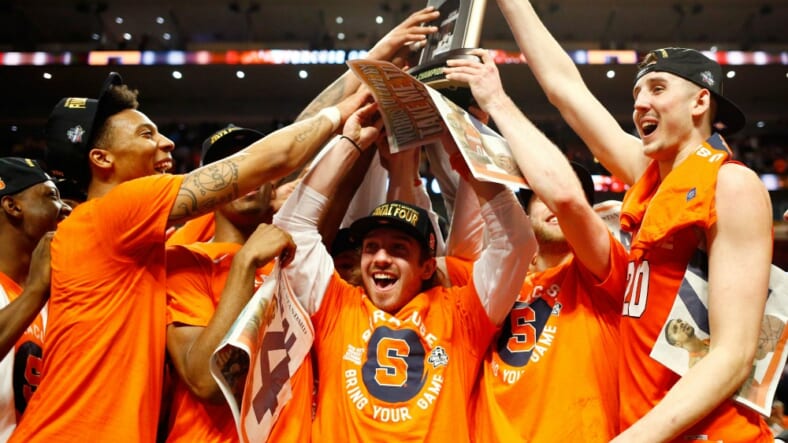 Back in early January, the Syracuse men’s basketball team looked like what a man would leave in the toilet after an Orangesicle and carrot-fueled bender. Amid a four game losing streak, a National Championship seemed impossible. And so Westgate SuperBook in Vegas laid 1,000-1 odds on the Orange winning the title. Long odds, to be sure, not too long to stop four optimistic fans, including one who bet $100.

Now, with Syracuse surging to the Final Four, that fan stands to cash a $100,100 check if the Orange can win two more games.

As optimistic as he was in January though, the fan is not so sure about his chances anymore. He’s currently got the ticket on sale for $6,069 on Propswap, a site that lets people buy and sell sports bets. Alongside the ticket are two more for $50 bets at 500-1, each of which would pay out $25,000 if Michael Gbinije and company can cut down the nets next Monday night.

But how likely is that to happen? Not very. Syracuse plays North Carolina in the Final Four and opened as 9.5-point underdogs. If the Orange can somehow get past UNC, something it failed to do twice in the regular season, the team will be staring down either Villanova or Oklahoma, either of which would be prohibitive favorites. On top of all that, an executive at Westgate told ESPN he could not recall a 1,000-1 bet cashing, ever.

But hey, Syracuse has already beaten crazy long odds just to get to the Final Four. Maybe they’ll keep going. But don’t bet on it.