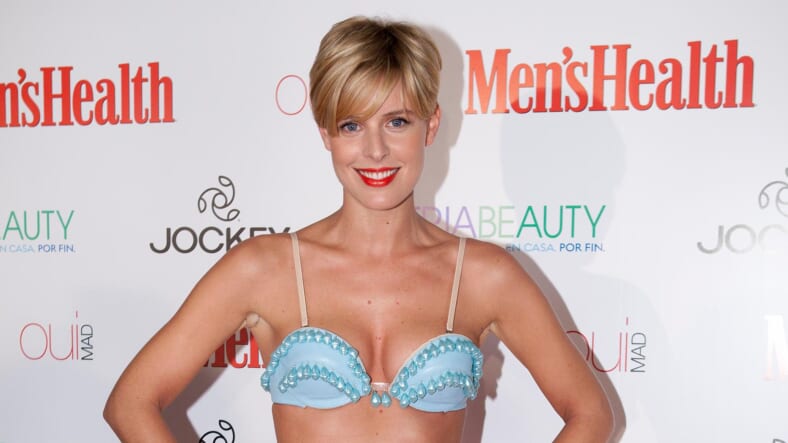 When you spend your days in front of the camera, wardrobe malfunctions are bound to happen. It’s just a fact of life, people.

Take Spanish game show host Tania LLasera. Much like Romania’s hottest weather girl‘s recent mishap, things went a little awary when when Llasera lost the top half of her dress on-air. You can watch the whole video here:

It looks as though a contestant was trying to make a minor adjustment to Tania’s microphone clip but inadvertently dropped the dress to her waist. Whoops!

Tania took it like a champ though, as she calmly turned around and walked off-camera while covering up, smiling through raucous cheers from the audience.

Hey, if they give out Emmys in Spain, she deserves one for being so cool under pressure.