Running from flying sharks can be exhausting. 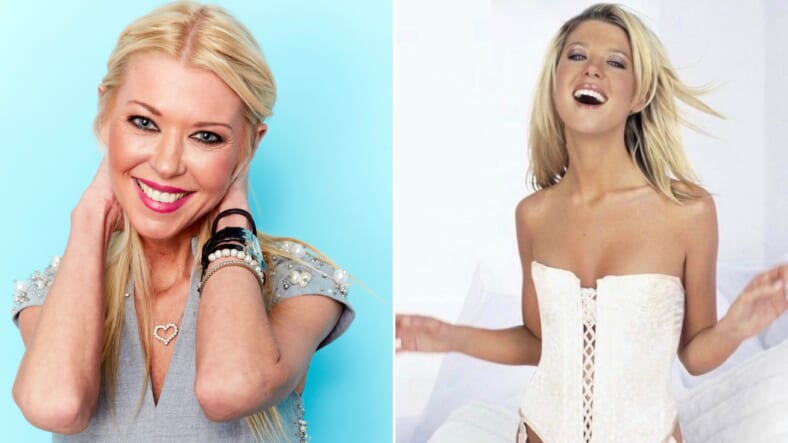 You’re not going to find us giving Tara Reid a hard time about this recent interview she gave to an Australian morning show.

Reid was promoting the upcoming final installation in those inexplicably beloved, intentionally awful Sharknado movies, and we can admit it looked like she was having a tough time.

She slurred her words, rarely looked directly into the camera, squinted strangely and otherwise gave the impression she was having a tough time — exhausted or possibly intoxicated — no matter how pleasant she seemed.

Reid was a Maxim cover model back in 2002, and she looks as great as she did then — we naturally have sympathy for her and hope whatever she’s going through (besides being in all those Sharknados) isn’t serious.

Reid had what we think was a pretty plausible explanation:

Fans on social media were sympathetic — just a couple of examples:

Hope you're feeling better today, Tara! I'll always regret not making it to the Niagara Falls Comic Con last summer when you appeared. I love these movies

All that said, there’s an argument to be made that anyone starring in one of the Sharknado movies might want to be a little extra relaxed when promoting this fine bit of cinema.

Tara Reid seemed just fine in other interviews. Nothing was amiss when she sat down with co-star Ian Ziering to talk about the flick.

Tara Reid, however, gave us a legendary Maxim cover and some memorably sexy shots inside.

No weird TV interview or flying CGI shark can take that away from us.

And while we’re at it: Why single out Tara Reid when Ian Ziering deserves scrutiny for even being in the movies in the first place. As does the rest of the cast.