This is gonna be one wild ride. 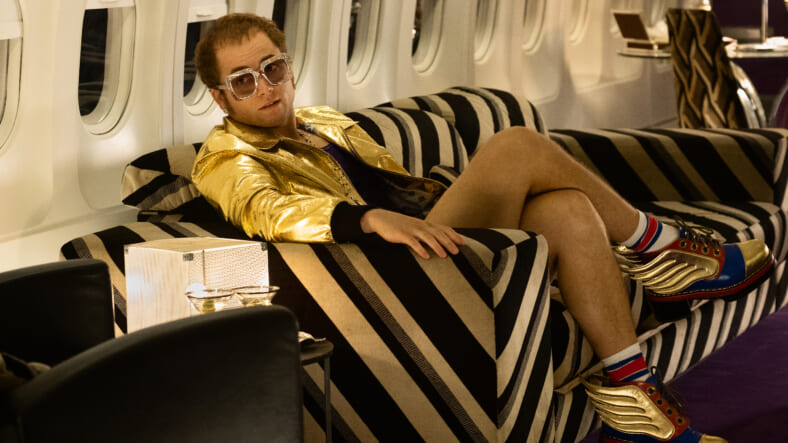 It’s a great time for biopics about the lives of rock stars who came of age in the 1970s. There’s Bohemian Rhapsody, the upcoming story of Queen frontman Freddie Mercury, and Paramount Pictures just released the first teaser for Rocketman, about Sir Elton John.

It looks like the movies take radically different approaches to their subjects.

Starring Taron Egerton as John in addition to co-stars Jamie Bell, Richard Madden, Gemma Jones and Bruce Dallas Howard, Rocketman isn’t a standard-issue movie bio. No need to see a preview to know this—it’s obvious by the end of the video.

It’d be unfair to spoil the reason why Rocketman is so different, but the Paramount synopsis is a big hint: “Rocketman is an epic musical fantasy about the uncensored human story of Sir Elton John’s breakthrough years…”

There is definitely a “fantasy” element. And anyone familiar with Elton John’s career won’t be surprised, because his onstage persona and performances have always been wild, like watching a musician and a concert from another planet.