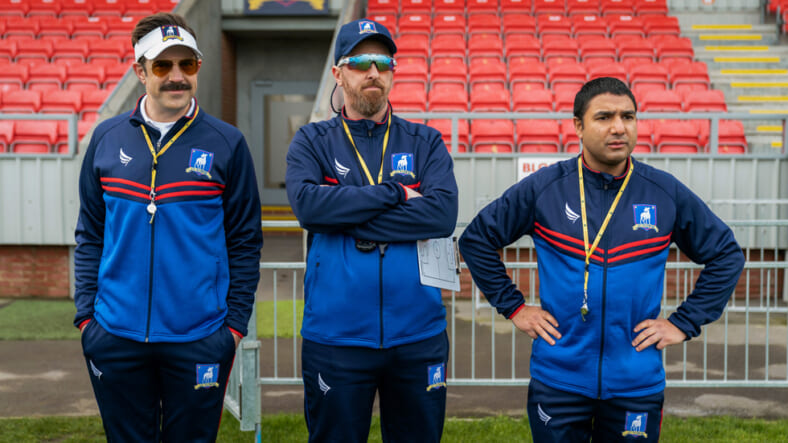 Apple TV+ just dropped the trailer for the second season of the streamer’s signature comedy series, Ted Lasso, and it’s scored by Queen’s classic hit “Under Pressure”–watch it above.

Jason Sudeikis stars as Ted Lasso, a cornpone American football coach hired to manage a British soccer team—despite having absolutely no experience. But what he lacks in soccer knowledge, he makes up for with “optimism, underdog determination…and biscuits.”

Ted Lasso will return for season two on Friday, July 23, 2021 on Apple TV+. The 12-episode second season will premiere with two episodes, followed by one new episode every Friday.