Prepare for your shark-loving mind to be blown. 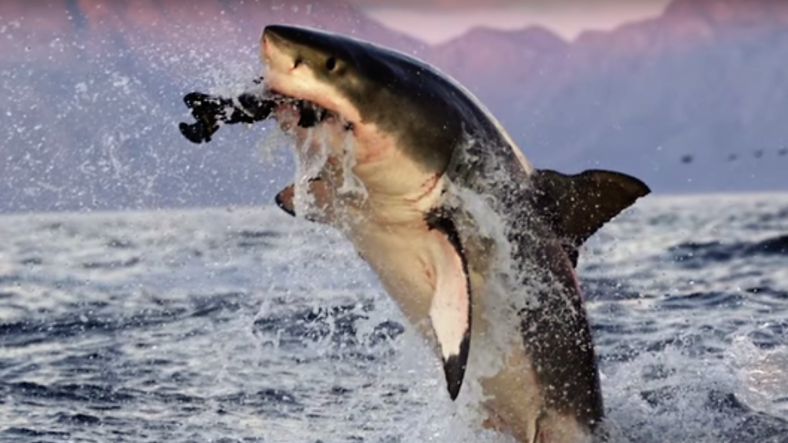 Discovery Channel’s annual Shark Week kicks off July 23, and there’s no better way to whet your appetite for seven straight days of ocean-dwelling predators being awesome than with the ten greatest Shark Week clips ever aired.

From slow-motion shots of the Great White’s breathtaking breaches to rare footage of the freakishly ugly Ghost Shark, these incredible videos will get you pumped for another exhilarating shark-a-thon like nothing else will.

1. Watch a Great White Bust Out of the OceanFrom Air Jaws: Walking with Great Whites

The moment a massive Great White shoots straight out of the water in full-on attack mode makes for one of the most epic shark breaches ever recorded.

2. This Ghost Shark is Absolutely DisgustingFrom Alien Sharks: Return to the Abyss

You’ve never seen anything like this before. A new ghastly species of ghost shark, called a Chimaera, is caught on camera dwelling in the depths of the Pacific Ocean.

Up-close-and-personal footage shows a seal’s-eye view of a hungry shark’s sneak attack on an underwater camera in this crazy clip.

It’s rough out there in the wild, but this epic standoff between a desperate seal and 12-foot Great White demonstrates just how menacing the open ocean can be.

There’s a reason why the Great White’s mind-boggling breach is named after the Polaris ballistic missile, and nothing exhibits it better than slow-motion footage from Phantom high-speed cameras.

6. Inside a Great White’s Terrifying MouthFrom Into the Shark Bite

The silhouette of a Great White is unmistakable, but what do they look like from the inside? Get an intimate look inside the gnarly jaws of one of these toothy beasts as it breaches for it’s prey.

7. A Shark named “Colossus” Makes Meal out of a SealFrom Air Jaws: Fin of Fury

As the sun sets on a long day of filming, a camera crew captures the incredible moment a notorious 14-foot Great White shark named Colossus breaches for an injured seal on the surface.

8. 3 Sharks Take on an Underwater Cage

From Air Jaws: Fin of Fury

Capturing shark footage is a risky business, and this clip shows what happens when a trio of Great Whites put a diver’s WASP (Water Armor Shark Protection) cage to the test.

If you thought WASP divers were crazy, just watch as daring cameraman sits on a whale carcass during a Great White feeding session to set himself up for the perfect shot.

Theory shows that if a shark is flipped upside down it induces a state of tonic shock. Expert shark diver and conservationist Eli Martinez puts this theory to the test as he bravely tries the technique out on a hostile Tiger shark.