Jack Black broke the news at a music festival. 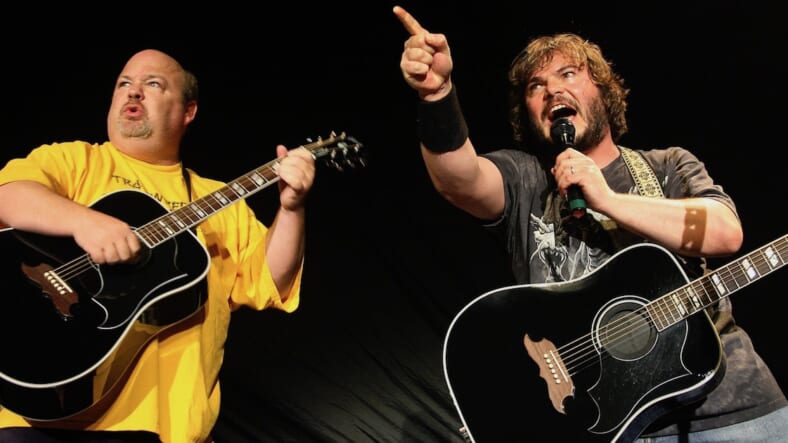 During a performance at the Shaky Knees Music Festival in Atlanta, comedian and Tenacious D guitarist Jack Black announced we’re getting a Pick of Destiny sequel.

“I don’t know where you’ll be able to see it, but we have decided that it’s happening and it’s coming out,” Black told a crowd of screaming fans.

He added that the sequel to their 2006 cult classic Tenacious D in The Pick of Destiny is due out in October, but he doesn’t seem to know whether that’ll be a theatrical or straight-to-digital release.

The first movie opened to lukewarm reviews and was considered a box office bomb, although it has since acquired cult status.

It starred Black and bandmate Kyle Gass as two slackers on a quest to steal a magical guitar pick that grants supernatural guitar abilities. It culminated in them having an epic rock battle with Satan.

The soundtrack, which was released and the comedy rock duo’s sophomore album, has also become popular overtime.