“I’m going to help you protect the girl because I choose to.” 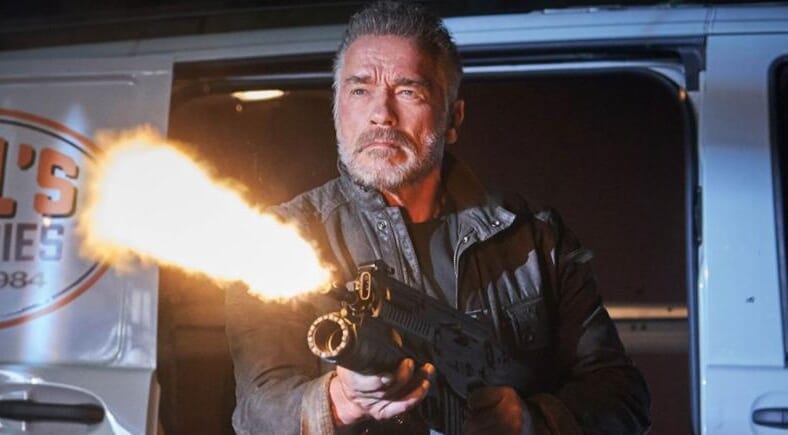 As far as director Tim Miller and franchise creator James Cameron are concerned, Terminator: Dark Fate is Terminator 3. Any movie you’ve seen since the sequel to the original is out, “non-canon” in nerd parlance.

That’s why new character videos released ahead of the movie’s premiere are so revealing — in addition to telling us more about characters we thought we already knew as well as the new characters played by Natalia Reyes and Gabriel Luna, they also give viewers a few more moments of the kind of fire and fury one can expect from a Terminator movie.

The most illuminating video may be for Arnold Schwarzenegger, who plays his original character as an aged and now autonomous killer robot. He even has a name now: “Carl.”

Carl, the T-800, embraces his separation from Skynet and life as a self-determining being with a telling line at the end of his trailer: “I’m going to help you protect the girl because I choose to.”

Kudos to Ah-nuld as well for his now-iconic Austrian accent being almost invisible as he says it.

Natalia Reyes’s Dani Ramos is established as the new school Sarah Connor. She’s the new Terminator’s target, and what’s evident here is she doesn’t really know why for sure, but she doesn’t want anyone else to die because of her. As James Cameron says, “she’s of great significance.”

Mackenzie Davis’s super-soldier from the future is an enhanced human who has come back to protect Dani Ramos. It’s hard to not wonder from her character trailer if there is something more going on with her character than is easily guessed here. Is she actually a villain in disguise?

Don’t put that kind of twist past the mind of James Cameron.

“Killing a Rev-9 is almost impossible,” according to Mackenzie Davis. Gabriel Luna’s new-school Terminator not only has a personality — think about it, previous “canon” killer robots have been pretty, well, robotic — he’s also terrifying, with the ability to split into two. Does he get destroyed, somehow? The fun will be in finding out.

Linda Hamilton returns as Sarah Connor, and with age she only seems more badass than ever. Her character knows what’s going to happen and she knows the hugeness of the danger Dani faces.

Sarah even cops perhaps the most iconic line from the entire movie franchise: “I’ll be back.”