“We win by keeping you alive.” 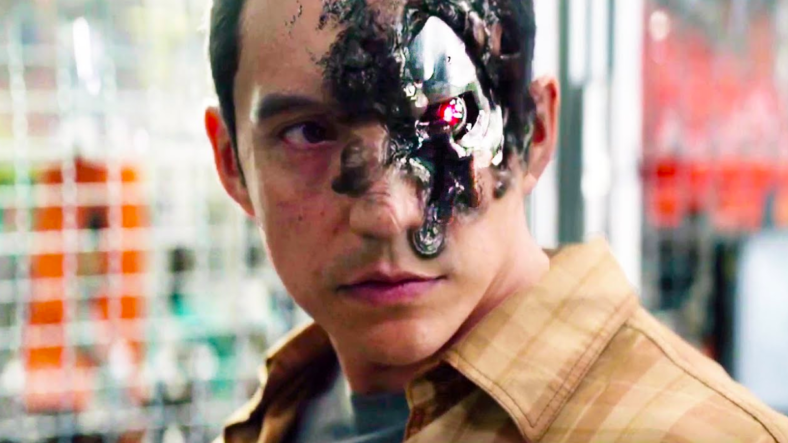 While Linda Hamilton and Arnold Schwarzenegger are big stars and definitely part of what makes this intense first trailer for Terminator: Dark Fate worth watching, the real star here is Mackenzie Davis.

In this glimpse into this James Cameron-produced upcoming resurrection of the Terminator franchise, Davis debuts as some kind of human-robot hybrid charged with protecting the target of a new-school death-dealing Terminator played by Gabriel Luna, and she is a real badass.

From the action-packed open till the end, it’s obvious that Davis is some kind of powerful guardian for young Natalia Reyes, who may be the key to saving civilization.

Davis’s character is not quite a Terminator herself, but despite what she says to Linda Hamilton—back as a stone-cold, armed-to-the-teeth Sarah Conner—she’s not entirely human, either.

There is no official synopsis yet, but the movie’s slug line is “Welcome to the day after Judgment Day,” which is a literal reference to this movie being James Cameron’s idea of an official followup to the second movie, Terminator 2: Judgment Day but likely some kind of clue to the plot, as well.

When asked by Reyes’s character how they win, Davis responds “We win by keeping you alive.” That’s probably as big a clue as any. The evil robots from the future are after her this time.

All will be clear when Terminator: Dark Fate premieres in theaters on Nov. 1, 2019.