Watch Everything Go To Hell In This Terrifying New Trailer For ‘Alien: Covenant’

The xenomorphs are more vicious than ever. 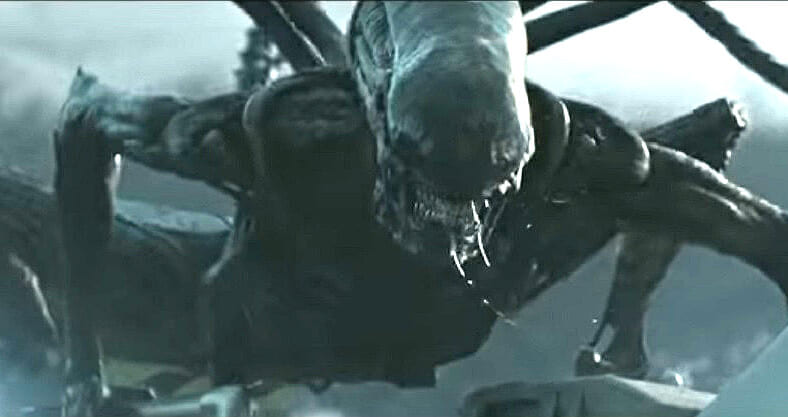 Fox just released a new trailer for Alien: Covenant and it’s easily the most exciting and horrifying preview we’ve seen. In great part because we finally get a good look at the infamous xenomorphs. The monsters are back and as vicious as ever.

Editing a trailer for a film is an art to itself. We need to get a sense of what we’re in for when we reach the theater but the preview can’t give the whole film away. This look at Covenant rides that line brilliantly.

We once again meet the couples aboard the Covenant spacecraft, meant to be the first true off-world colony on another planet, and get a renewed sense of the hopefulness behind their mission. Mystery quickly sets in as they arrive on an alien world and discover a wheat field where one shouldn’t be.

Then everything really goes off the rails and before you know it, Danny McBride is cowering inside a spaceship as a slobbering alien attempts to bash its way in.

Prometheus, though it was a great-looking movie with interesting performances, left a lot of fans of the Alien franchise kind of cold. It looks like Alien: Covenant could be nightmarishly good return to form.

We’ll see when it crashes into theaters on May 19.