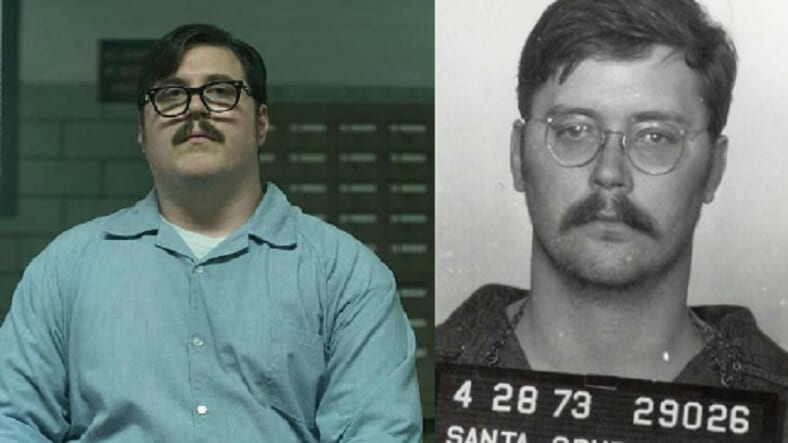 Very few viewers are neutral about Netflix’s hit serial killer drama Mindhunter. A survey of social media mentions makes it clear that viewers either hate it or love it—and given its popularity in general, the fans definitely outnumber the haters.

As played by Cameron Britton, Kemper in particular is one of the most quietly chilling serial killer portrayals since Anthony Hopkins debuted Hannibal Lecter. With pitch-perfect subtlety, Britton’s Big Ed is 6’9″ and 300 pounds of friendly giant fun. He’s personable, interesting to talk to, and absolutely terrifying.

Until Mindhunter Kemper was a more obscure serial killer name than Ted Bundy or John Gacy. That was strange, given Kemper was easily the most dangerous of the three. He killed six young women in and around Santa Cruz with total impunity. Then he killed his mother and his mother’s best friend. And in the end he had to turn himself in—even arguing with police early on, insisting he was telling the truth.

Once he was in prison, Kemper proved bizarrely open and honest about his crimes and who he was. He ultimately gave several documentary interviews in addition to his talks with real FBI agents John Douglas (“Ford” in the show) and Robert Ressler (Tench).

Mindhunter is a slow burn but it burns in a way that makes it unusually binge-worthy—it creeps up on you then kind of crouches in the shadows.