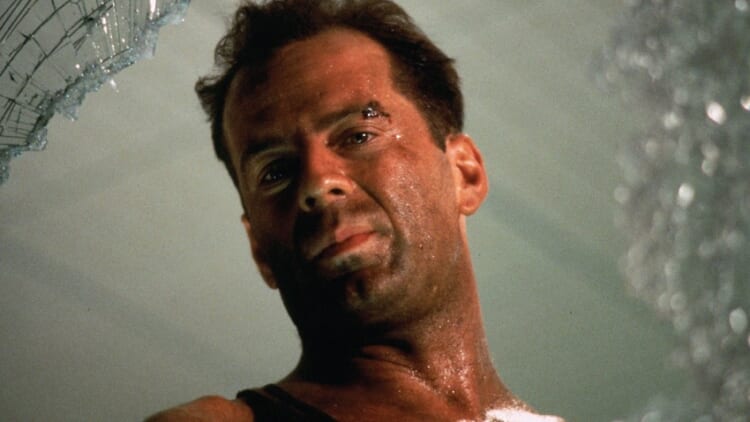 Just last week the Internet was having a fierce debate over whether Die Hard was even a Christmas movie at all. We made a solid case that it is. Now we’ve got backup.

In its poll ranking of the 30 best Christmas movies ever made, Empire’s readers placed traditional fave It’s a Wonderful Life at no. 2 and Die Hard was top dog. Empire explains:

Arguably the greatest action movie ever made, and now the greatest Christmas movie ever made, too. Bruce Willis’ John McClane may seem like an unlikely Santa Claus – he doesn’t have enough hair for one – but what better Christmas present is there than the gift of terrorists getting taken down as they try to take Nakatomi Plaza hostage during a Christmas party in order to carry out an elaborate theft?

Hell yes to that. But wait, there’s more!

Forbes did a ranking of the ten best Christmas movies in cinematic history, and again, Die Hard was number 1. Their explanation:

Die Hard is everything every Christmas movie should always be forever.It’s a mix of the baddie from The Grinch Who Stole Christmas; the unbeatable hero who shows up to teach everyone a lesson from Miracle On 34th Street; the ghosts of past, present, and future who bring insight and change from A Christmas Carol; plus every redemptive struggle about family and personal evolution and good versus evil, all wrapped up in a big shiny box with a bow made of explosions and bullets.

That’s what we were talking about.

In the interest of balance, we do have to point out that Ranker.com’s readers only rank Die Hard as the 17th best Christmas movie—it is, however, the number 1 Christmas Action Movie.