One review called it “insanely violent.” 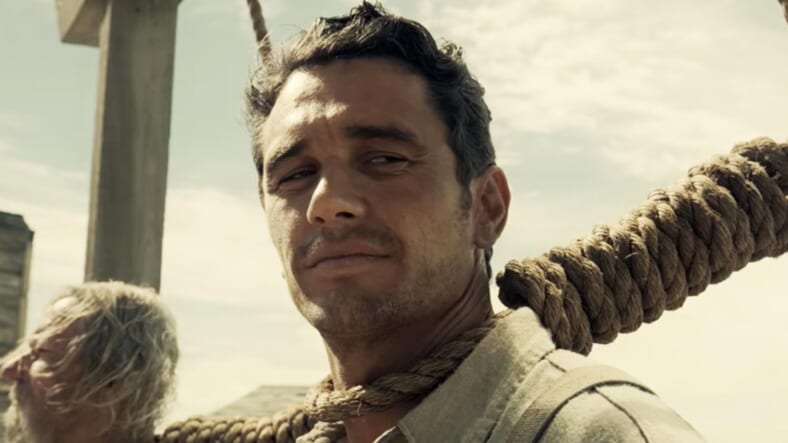 “Things have a way of escalating out here in the west.”

That’s perhaps the title character’s most telling line in the new trailer for the Coen Brothers’ Netflix original, The Ballad of Buster Scruggs.

Described as a “six-part Western anthology” in which “each chapter tells a distinct story about the American West,” the multi-part movie marks the filmmakers’ first return to the genre since their acclaimed 2010 reimagining of True Grit.

The two-minute promotion serves as an introduction the the quirky characters fans of the Coens’ films have grown to love and expect, but doesn’t offer much more to chew on.

The first episode, “The Ballad of Buster Scruggs,” is the most insanely violent because it’s pure six-shooter burlesque: an over-the-top satire of the chutzpah of Western heroism, with Tim Blake Nelson, all wholesome grins and drawling cracker-barrel verbiage, as Buster, a singing cowboy in white Roy Rogers duds who rides through Monument Valley and then comes to a bar full of outlaws that refuses to serve him whiskey.

Within minutes, he has shot everyone to death with the speed of a superhero. The joke, of course, is that Nelson, with his hayseed mugging, looks like the most harmless yokel imaginable.

Saddle up for a wild ride when it arrives on Netflix November 16.