A Rat-Free Ending of ‘The Departed’ Now Exists

“It’s always bothered me that a movie as good as ‘The Departed’ has such a cheesy ending.” 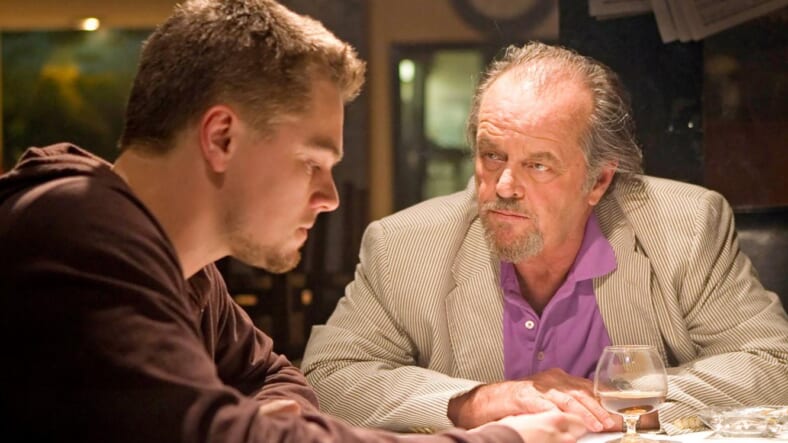 The Departed isn’t just one of Martin Scorsese’s best movies, it’s up there with the greatest gangster films of all time.

The grisly tale follows a mobbed-up mole in the Massachusetts State Police (Matt Damon) and an undercover agent (Leonardo DiCaprio) assigned to infiltrate an Irish organized crime syndicate in Boston. Time ticks as they scramble to uncover the one another’s true identity—it’s a sort of rat race, if you will.

But some took issue with the film’s overtly symbolic final scene, in which a rodent scurries across an apartment balcony overlooking The State House.

Director Adam Sacks actually launched a Kickstarter campaign to rid the last shot of vermin, but editor Martin LaCroix beat him to the punch—check it out below:

“Fun fact: the view out the window was digitally inserted in the film,” LaCroix tweeted, “which made tracking the shot in order to remove the rat more difficult than you’d expect because the original motion matching… wasn’t quite perfect.”

Sacks, who reached his $4,000 fundraising goal to burn 50 rat-free Blu-ray copies of The Departed, described the project’s mission and steps meticulously on its Kickstarter page.

“A movie as good as The Departed has such a cheesy ending, and I recently realized it could be fixed by digitally erasing the rat from the last shot.”

LaCroix, however, wholly disagrees with Sacks’ critique. He even calling the campaign “disrespectful to Scorsese’s legacy.”

“As to the substance of the matter: I think the rat at the end of The Departed is fine and didn’t need to be removed,” LaCroix told Gizmodo.

“I even like that it’s a fairly blunt metaphor, which fits the tone of the film (especially Mark Walberg’s gonzo performance).”

“I recognized that it was made in a fun, joking spirit, I absolutely hate and don’t want anyone giving money to that kind of potato salad nonsense,” LaCroix added.

He’s not alone—check out these Twitter responses to his altered scene.

The rat is a visual pun. We Irish love our puns.

Whether you side with with Sacks or LaCroix on this very important matter, we can all agree that the other two hours and 30 minutes of the The Departed approaches cinematic perfection.