“The fans are dying for some anarchy, so let’s give it to them.” 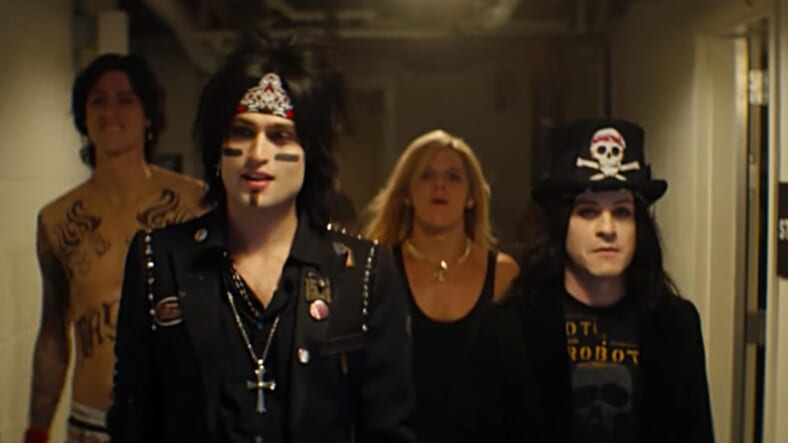 The Dirt is premiering on Netflix in March, and from the looks of the Mötley Crüe biopic’s first trailer, it has all of the debauched details described in the bestselling 2001 tell-all book that it’s based on.

Other notable scenes include Machine Gun Kelly‘s portrayal of Lee playing the drums upside down, the appearance of Saturday Night Live cast member Pete Davidson as record exec Tom Zutaut, and a lot of booze-fueled mayhem.

The latter is summed up nicely in a quote from Breaking Bad actor David Costible, who plays Mötley Crüe manager Doc McGhee.

“I had managed the Scorpions, Bon Jovi, Skid Row, Kiss,” Costabile’s McGee says in the trailer, “but I had never been through what Mötley Crüe put me through.”

Catch The Dirt on Netflix beginning on March 22 of this year.