Here’s How The Doors Are Celebrating Their 50th Anniversary

The iconic band’s first album dropped 50 years ago this week–find out how the surviving members are marking that groovy milestone. 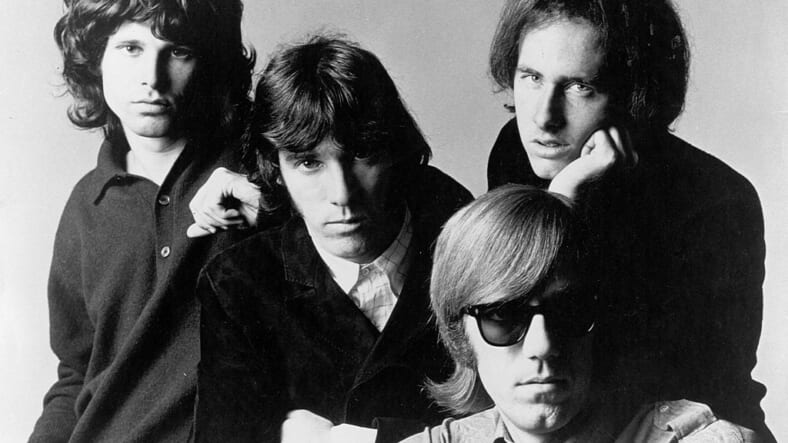 Sit down and take this in: The Doors are about to turn 50. That might be a tough pill to take for longtime fans, but it looks like remaining members of the band are cool with it. They’re even planning a party to celebrate the night of January 4, not far from where the “Venice” sign once stood in the venerable Los Angeles neighborhood.

Rolling Stone reports attendees will include guitarist Robby Krieger, drummer John Densmore as well as relatives of late keyboardist Ray Manzarek. Members of lead singer Jim Morrison’s family will reportedly be there too.

As Densmore noted in a statement quoted by Rolling Stone, The Doors are coming back to where it all began. “Our songs sprang up out of the Pacific” there, Densmore said, “like beautiful, edible silverfish … and apparently the world took a big bite.”

Did they ever. Though they were far from the longest-lived band to burst on the scene in the late 1960s, The Doors’ legacy — dark, often poetic lyrics sung in Morrison’s brooding baritone over Manzarek’s sometimes eerie and unforgettable keyboard stylings — has endured ever since and become a symbol of the eerier side of the hippie era. While Morrison’s lyrics might be seen as overblown and pretentiously dramatic today, at the time he and the band injected a welcome heavy note into rock and roll that had been missing from even The Beatles’ trippier work.

To celebrate the band’s anniversary, watch videos for a few of the classic songs from their eponymous hit album, released Jan. 4, 1967, as well as their eerie 1971 chart-topper, “Riders on the Storm.”

The Doors 'The End' from Singing Fools Video on Vimeo.

For extra kicks, here’s the trailer for Oliver Stone’s 1991 biopic about Morrison and the band, The Doors. Val Kilmer as the remote yet charismatic singer was one of Stone’s most accurate casting choices ever.