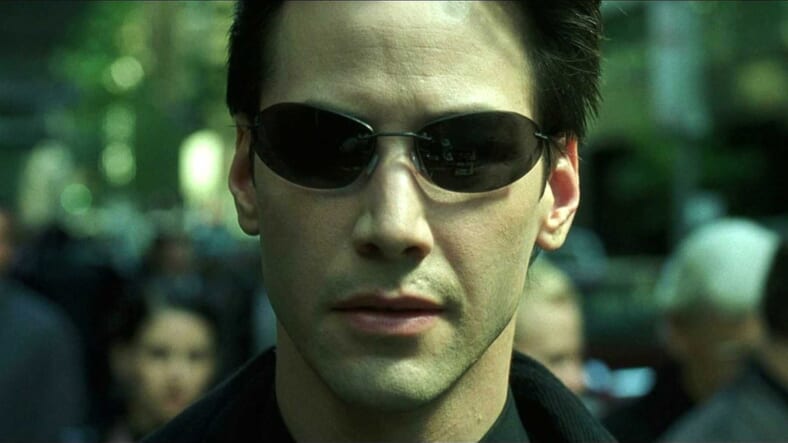 The Matrix hit theaters 20 years ago and promptly blew a ton of minds. It landed with the weight of a prophecy, its green-tinged digital universe like a warning to the real world, which was just waking up to the possibilities of the internet.

Remarkably, it’s hard to find anything dated about the movie today, including the eternally youthful Keanu Reeves, and that’s why fans will be stoked to have the chance to see it on the big screen once again, but this time with elevated audio and picture quality.

Hypebeast has more about the movie’s return:

The Matrix premiered in March 1999, and has since influenced countless franchises and action films in its wake, almost certainly including the John Wick series, which also stars Keanu Reeves. Its return to theaters is at least partly intended to demonstrate the power of Dolby’s Vision and Atmos technologies, both of which have already been utilized to improve the currently-available iterations of The Matrix.

However, this is the first time the upgraded film has graced the silver screen, allowing fans an immersive view of The Matrix‘s once-cutting-edge special effects and dynamic gunfights.

The movie will run in AMC’s Dolby Cinemas for a week. Will the subsequent movies—the equally well-received Matrix Reloaded and popular but critically-panned Revolutions—also be re-upped?

No idea, though it sounds like something that might sell plenty of tickets, regardless of the sequels’ varying quality.

What’s also intriguing is this anniversary re-release comes when there are also ongoing rumors of a new, fourth Matrix film, albeit one that may not directly involve the Wachowski sisters, creators of the originals. Seems like re-upping fresh versions of the originals would be a great preamble to announcing number four.

The Matrix makes its return in select theaters beginning August 30.