The Month the Music Died

2016 has been pretty brutal so far in terms of losing beloved musicians. 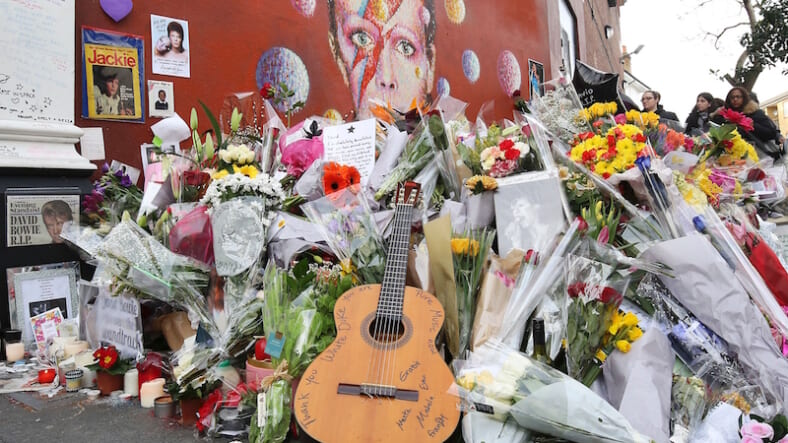 The first month of 2016 isn’t even over yet and already we’ve suffered the loss of some key figures in the music scene. The new year was ushered in with its first blow — the announcement of the death of songstress Natalie Cole, who passed from heart failure at the way too soon age of 65 on December 31st. On January 10th one of the last remaining superstars of his kind, David Bowie, lost his battle with cancer, just days after releasing his last album, (his first to hit #1 on the Billboard charts) Blackstar. His life and death were honored with a moving second line led by Arcade Fire through the French Quarter in New Orleans last week. Stereogum covered the send-off and caught some fantastic video of Arcade Fire leading the crowd in a cover of Bowie’s classic song “Heroes.”

Shortly after Bowie’s passing, we lost Mott the Hoople drummer Dale Griffin, who’s struggle with Alzheimer’s disease took his life at the age of 67. Mott the Hoople’s biggest hit was 1967’s “All the Young Dudes” which was written and produced by…David Bowie.

On Sunday, January 17, we lost raunchy rap pioneer Blowfly to liver cancer at the age of 76, and then on Monday, January 18th, Eagles guitarist and singer Glenn Frey died from complications from rheumatoid arthritis, acute ulcerative colitis, and pneumonia.

That’s a lot to lose in one month, and no amount of platitudes can make things any better. Here’s hoping that the rest of the year turns around, and that cancer and any other hellish illness keep their claws away from our rock idols for as long as possible. Safe to say we’ve all had enough of this.