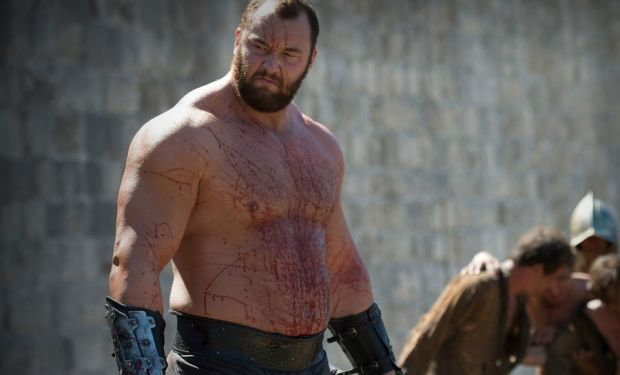 Hafþór Björnsson, better known as the Mountain from Game of Thrones, has an urgent message for soccer superstar Cristiano Ronaldo—and it’s a little scary.

Ronaldo’s Real Madrid faces off against Björnsson’s homeland of Iceland in the opening round of Euro 2016 on June 14, and the 400-pound behemoth is dead set on seeing his team make it to the finals. To dissuade the suave 31-year old Irina Shayk ex from scoring on Iceland, the man who deadlifts 900 pounds spliced footage of his psychotic workout routine with a threat that would surely give Ronaldo a headache.

“I have a message for Cristiano Ronaldo,” the Mountain says. “I know you’re playing against Iceland in the first game. If you dare to score against my teammates, I will find you and crush your head like I did with the Red Viper.”

Did you hear that, Cristiano? Run and hide. Pay a body double to represent #7 on the field, whatever it takes to prevent your beautifully sculpted face from turning into a crushed pumpkin. If a man who ate seven whole chickens in one sitting tells you what to do, you listen.