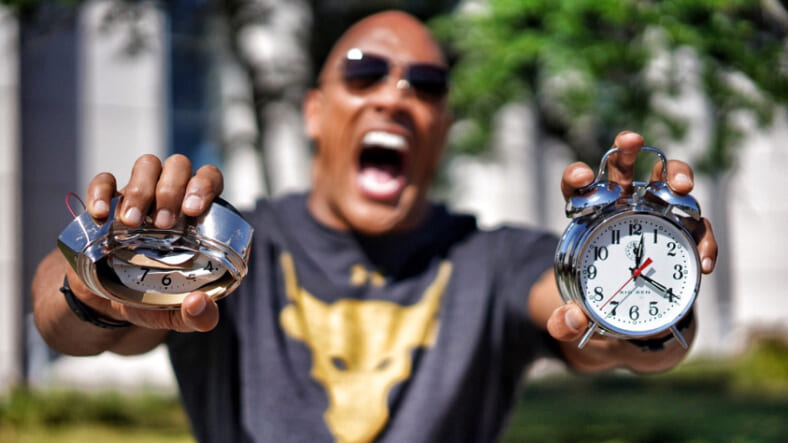 Dwayne Johnson is 6’4″ of solid muscle. His bread and butter as an actor has been action movies. Before he broke out in wrestling in the 1990s, he was—by his own admission—a troubled teen then a decent college football player.

It’d be easy to think The Rock is just a very lucky musclehead with charisma, but the fact is, he’s an exceptionally smart and savvy guy. That’s why it seems a little less crazy by the day to think he might eventually run for president of the United States.

The Rock isn’t working to dispel that notion, either.

“I think,” said the former WWE superstar, “the ‘People’s President’ has a really nice ring to that. I’ll just say that.”

Granted, that was one statement in the midst of a larger panel discussion. But when you consider how The Rock has built his own entertainment empire in addition to a career as one of the wealthiest and most hard-working men in Hollywood, it suddenly seems a little less crazy to consider the idea of him standing behind a presidential podium one day.

If nothing else, it’s fun to consider the idea of a president who might smash the podium over his opponent’s head during a debate, or present more of a physical danger to an assailant than a dozen Secret Service agents.