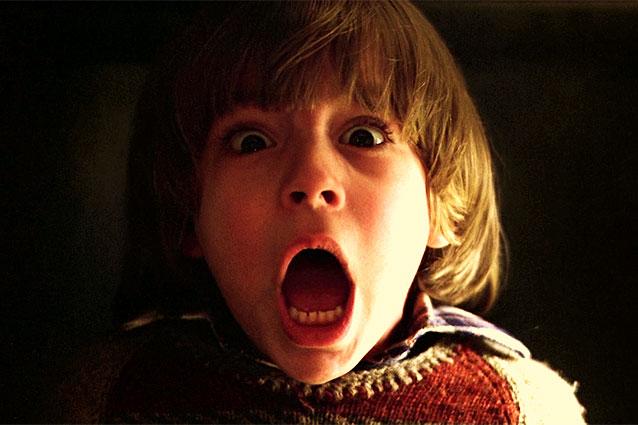 A guest at The Stanley Hotel in Colorado — the inspiration for Stephen King‘s The Shining — has accused a ghost of photobombing his panoramic photo of the hotel lobby.

About a week ago, hotel guest Henry Yau posted a photo of the Stanley’s grand staircase to Instagram. A fuzzy human-like figure appears on the staircase, and Yau insists no one was on the stairwell when he took the photo.

In the caption, he wrote “By golly! I think I may have captured a #ghost at #StanleyHotel.

Lau is far from the first person who has reported paranormal activity at The Stanley Hotel, which is widely believed to be haunted. But it’s difficult to trust anything you see in a photo today, given how easy it would be to photoshop an apparition into any picture.

A local Houston radio station (Lau is from Houston) reached out to a paranormal expert who said the photo is legit — and claimed to have detected a second ghost in the photo which appeared to be a child. Creepy!

The Stanley Hotel is so well-known for its uninvited guests that it will soon be transformed into a horror museum and movie studio. If the ghosts hang around, that could be a good way to cut down on production costs.