‘The Simpsons’ Predicted ‘Game of Thrones’ Daenerys Dragon Rampage in 2017 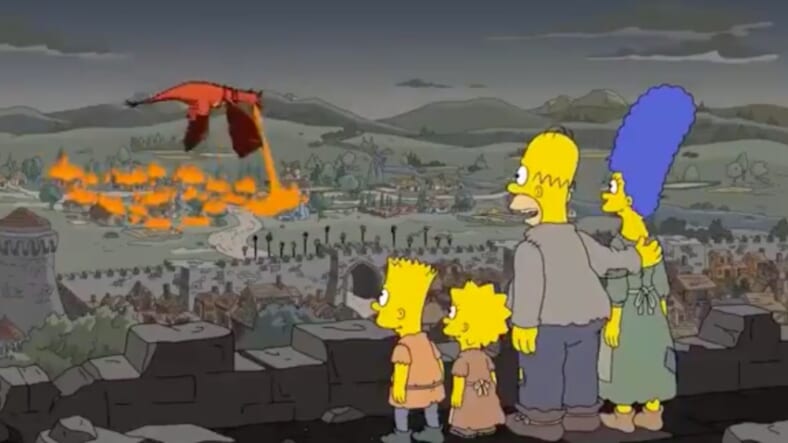 Eventually, The Simpsons predicts everything. It’s our modern Nostradamus in the form of bug-eyed yellow cartoon characters.

The show famously predicted Donald Trump’s bid for the presidency down to his descending an escalator to make the announcement. More recently someone recalled that in 2017, a Game of Thrones parody episode predicted Daenerys Targaryen’s laying waste to King’s Landing with her remaining “child,” Drogon.

The visual from the episode titled “The Serfsons” says it all. Marge, Homer, Lisa, and Bart stand on a hill watching a dragon roast a village.

Bart says, “Look, the dragon is burning our village.”

“I love our town,” says Homer.

The Simpsons predicting the future is a thing. The show has—in addition to the notable Trump prediction—also forecast the following:

Whatever happens in the final Game of Thrones on Sunday, May 19, it’s an easy bet that someone will be checking past Simpsons episodes for yet another psychic moment.