The 10 Worst Movies to Ever Win a Best Picture Oscar

Best Pictures, they were not. 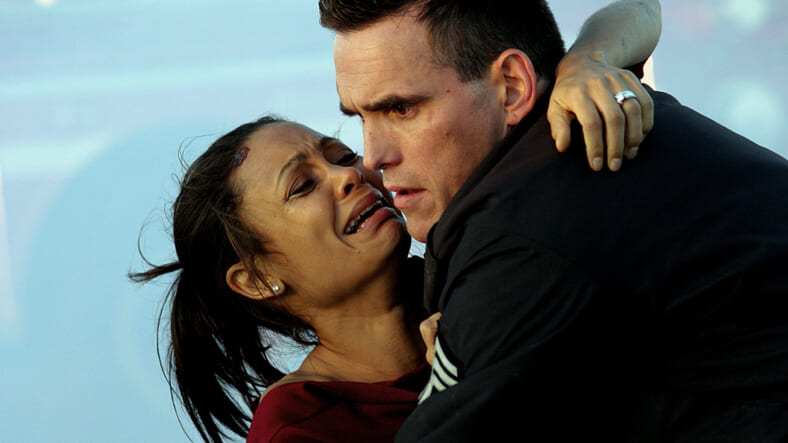 When some crappy, undeserving movie wins the Best Picture Oscar on Sunday night, we’re all going to be like, “the Oscars are such a joke, man, why does anyone even pay attention?” like this is new information. It’s not.

With the exception of maybe the seventies, the Oscars have gotten it wrong pretty often — not only in what movie wins Best Picture, but what movies get nominated. There’s a formula for winning Oscar gold — and being a great movie is not the most important element.

But in some years, the Academy has offended more than others. Here’s are list of the Top 10 worst movies ever to win a Best Picture Oscar.

Long before Downtown Abbey, Frank Lloyd’s period drama took an upstairs-downstairs view the major social and economic events of the early twentieth century Britain, through the perspective of one wealthy and one working class family. It has its strong points — particular the cinematography and set design — but its mawkishness often feels trite.

If The Last Emperor had won in a different year, it probably wouldn’t have made this list. But Bernardo Bertolucci’s period drama about a child emperor, which was beautiful but way too in love with its own epic-ness, beat out Broadcast News, Fatal Attraction, and Moonstruck! Not okay.

The entertaining but flimsy Around the World in 80 Days had a high production value but has almost zero cultural legacy a half-century after its release, aside from inspiring a god-awful 2004 movie also based on the Jules Verne novel. The biggest offense of the win (which, by all accounts, was a surprise) was that it beat out both The Ten Commandments AND The King and I.

Movie adaptations of legendary stage musicals are almost always a bad idea (the other way around is ok, though!) and Chicago was no exception. So how did it win Best Picture? I do not know. Catherine Zeta-Jones can obviously do no wrong, but Renee Zellweger and Richard Gere were both way out of their element. Adding insult to injury, it beat Gangs of New York, The Hours, and The Pianist. Nothing makes sense, and all that jazz.

Titanic is one of those paint-by-number movies that is guaranteed to win an Oscar by way of its subject matter and cast and self-seriousness and Celine Dion. The Academy is very impressionable, and they could not resist the star-crossed romance of Jack and Rose, even if the tragic ending defied all logic and reason.

Birdman was a case study in self-indulgence on the part of the director and actors, who were all fighting each to steal every scene. The movie itself was as smug as its self-centered characters, and the fantasy element did little to warm Birdman’s inherent chilliness. But the Academy loves Alejandro Iñárritu almost as much as he loves himself. We’ll found out exactly how much on Sunday, when there is a grave danger of The Revenant taking home multiple awards it probably doesn’t deserve.

You know that person who’s always making self-congratulatory comments about themselves on social media, and even though it’s annoying you go ahead and like their posts, because you can see how important the validation is to them? That’s kind of what The King’s Speech was. It wasn’t a bad movie at all, and it probably deserved some credit, but it was obvious that it was going for the gold that it was irritating when it eventually won. There’s NO WAY it was objectively better than The Social Network.

Like a few others on our list, The English Patient was a perfectly fine movie, with two charismatic, sexy leads who had good chemistry. It just wasn’t that interesting, and it certainly was not the best movie of the year. Have you ever heard anyone say that The English Patient is their favorite movie? No, no you have not. But Fargo, which it beat, is on almost everyone’s Top 10 list. Ok, maybe top 25.

More than ten years after its head-scratching win, Crash is the poster child for movies that absolutely did not deserve to win the Oscar. For starters, it’s terrible, and racist, and poorly acted (with some exceptions) and most of the time feels like what would happen if a Tisch student found a treasure chest full of millions of dollars in his dorm room. Paul Haggis’ defection from Scientology and subsequent interviews with Lawrence Wright for the legendary New Yorker article was a million times more valuable a cultural contribution than Crash. Brokeback Mountain was absolutely supposed to win and everything bad that has happened since then is this stupid movie’s fault.