The ’90s pop-rock band’s self-titled debut is being re-issued for its 20th anniversary. What’s your favorite jam? 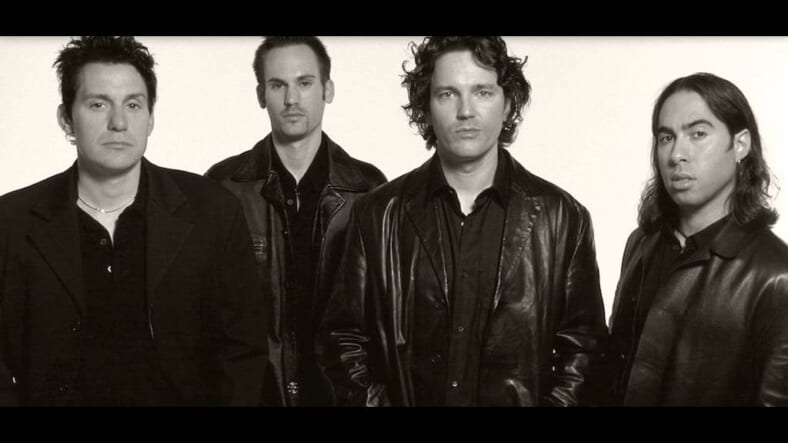 Twenty years ago, when Third Eye Blind released its eponymous debut album, no one could have known how ready the world was for emotive pop-rock with depressing lyrics and radio-ready hooks. After the record spawned hit after inescapable hit and sold more than six million copies though, it was obvious.

The garbled lyrics and unmitigated despair of grunge music left audiences ready for some optimism mixed with their tales of drug addition and suicide. Remember, “Jumper” was specifically about NOT killing yourself. That’s downright uplifting compared to the suicide-inducing lyrics of bands like Alice in Chains.

Twenty years on, the most remarkable thing about Third Eye Blind isn’t the band’s success in the late ’90s; it’s that the album still holds up. Among its 14 tracks are at least four crowd pleasers that will have everyone at the state fair singing along this summer.

And to celebrate its 20th anniversary, the album is getting a much-deserved expanded release from Rhino records, as well as launching a nationwide 20th anniversary tour with Silversun Pickups opening up. Are you psyched or what?

Over the years, there has been a tendency for some to lump Third Eye Blind in with the one-hit wonders that dominated pop rock in the mid to late 90s. You know, bands like Marcy Playground, Semisonic, and the New Radicals.

OK, so maybe you didn’t know about all that. Point is, Third Eye Blind had more than one hit! And they’re all on this debut album.

Along with the aforementioned “Jumper” and “Semi-Charmed Life,” there was “How’s It Going to Be” and “Graduate.” You feel me?

So unless you’re talking about albums, don’t ever call these guys one-hit wonders. Four-hit wonder is more like it.

Bonus: “Never Let You Go” wasn’t on the first album, but it was a helluva jam, too: