A Third ‘Walking Dead’ Spinoff May Be in Our Future 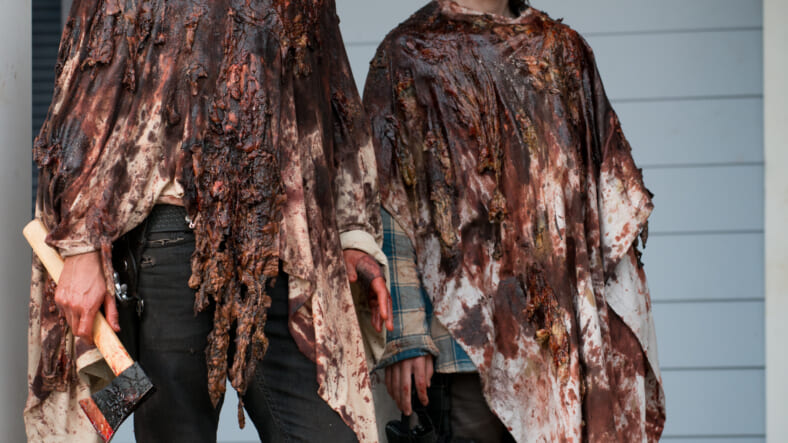 If there’s one thing AMC knows how to do, it’s make money.Despite the fact that the network has lost its most critically acclaimed shows, Breaking Bad and Mad Men, the network is continuing to build a loyal audience and rake in the dough by, among other things, expanding upon the franchises we already know and love. Breaking Bad prequel Better Call Saul, despite its flaws, has performed well, while Fear the Walking Dead piggybacked on The Walking Dead‘s insane popularity with a fresh story. This is good for AMC, but it’s even better for viewers: According to a lengthy Vulture interview with AMC network head Charlie Collier and programming chief Joel Stillerman, the network’s game plan may call for a third Walking Dead series. Here’s the exchange paragraph, flagged by our our friends at Uproxx:

You’ve mentioned how patient you were in doing the Walking Dead spinoff. But is there any reason not to do another one? CSI, Law & Order — they thrived for many years with multiple incarnations. And the Norman Lear sitcoms of the 1970s spun off a slew of successful shows, and most of them were well done. Why stop at one spinoff?First of all, we made a deliberate decision, which was to not spin off the series. If we had taken a couple of characters out of the camp and sent them on the road and followed that — that would have been a spinoff. We didn’t do that. We made the decision … to do a companion series, and, in fact, to show you what was happening in the world when Rick was sleeping in the original series. It wasn’t just, let’s do more for more’s sake. We waited a few seasons. We wanted to get Robert to feel like he had a world that was very different, as opposed to just an extension of the world we were in.I stand corrected on the terminology! But I’m still wondering, given the success of this new show, is there a reason not to explore doing another one?The answer is we are open to ideas that feel organic to the creators in whom we’ve put our trust. So if Robert had a world he wanted to explore, you can bet that we are not just leaning into that conversation, but we’re actively engaging in it. Right now we’re not in that conversation, and there’s nothing to report at all. I’m a huge believer in Robert and the executive producers of these shows. We wanted to create a place where they would bring us their creative dreams and bring us their passion projects. If Robert had another one, we would absolutely engage. This is a world that is rich enough to handle it. Right now we’re just focused on these two.

So the network is just focused on The Walking Dead and Fear the Walking Dead … right now?! It makes sense, given Collier’s logic: they aren’t technically spinoffs, but different stories that take place in the same universe. The shared universe model has worked well for the spandex and superpowers of the Marvel Cinematic Universe — why not for a zombie epic as well?