The New ‘Doctor Who’ Is A Woman, And Some of the Show’s Fans Just Can’t Handle It 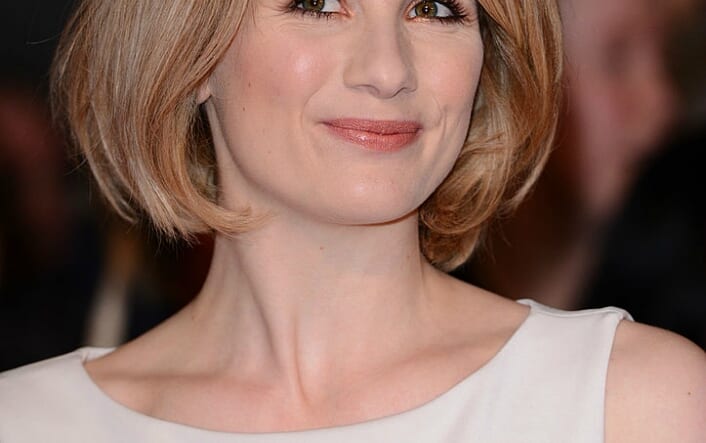 Last weekend, the many, many fans of the long-running sci-fi series Doctor Who were blessed with a trailer that revealed the identity of the new Doctor, and a ton of people are seriously butthurt about it for one reason: she’s a woman.

Before I go on, in case you’re not familiar with the show, Doctor Who is a British TV series that’s been on the air since the 60s. In a nutshell, it’s about aliens, robots, and time travel. It’s good stuff, really.

The main character, the Doctor, is an alien who bops around in a time-travelling blue British police box, and each time he “dies,” he regenerates as a different person. That’s why the Doctor has been played by 12 different dudes over the course of six decades.

Just look at all these Doctors:

This time, however, the 13th incarnation of The Doctor will be played by British actress Jodie Whittaker, who is a woman. Not a dude, as the previous 12 Doctors happened to be.

Not surprisingly, fans are freaking the fuck out about the Doctor coming back as a woman, and took to Twitter to bitch and moan about it.

Okay, I understand that change is difficult when you’ve had a man play the same character since 1963, but let’s not forget that the Doctor is literally a time-travelling alien who always comes back to life, so a female reincarnation was bound to happen at some point.

And that’s why other fans shut that hate down real quick. Well, among other reasons, too.

Merriam-Webster has six simple words for those sexist "Doctor Who" fans https://t.co/sqJ1SaKP2B pic.twitter.com/845gNezKBe

In an interview with BBC, Whittaker, a.k.a. the Thirteenth Doctor, said:

“I’m beyond excited to begin this epic journey with Chris and with every Whovian on this planet. It’s more than an honor to play the Doctor.

“It means remembering everyone I used to be, while stepping forward to embrace everything the Doctor stands for: hope. I can’t wait.”