This Record-Breaking 22×22 Rubik’s Cube Is a Monster

We’ve got a migraine just looking at it. 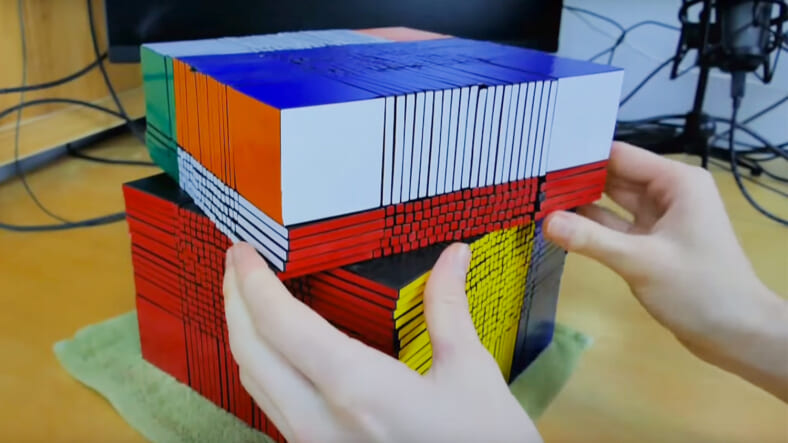 Despite what you’ve seen of Chinese toddlers solving Rubik’s Cubes with their feet, they’re anything but child’s play for the rest of us. I can honestly attribute the polychromatic puzzle boxes to the unending migraines I suffered as a child, and I’ve never met anyone with the mental dexterity to figure one out.

Despite the infuriating complexity of the original cube, the madmen at Coren Puzzle have upped the ante. Through 3D printing, they’ve constructed their own bespoke death box — this time, with 22×22 layers rather than the usual 9×9. That makes it the “highest order end-by-end-by-end twisty puzzle ever made.”

Below, check out the precision that went into making this monster:

For you number crunchers out there, there’s a total of 4.3 x 10^1795 possible ways to link up the colors, though that’ll come at the cost of your social life, career, hygiene, and general mental health. We’ll leave it to someone braver than us to solve this beast.