Thor Battles the Hulk and the Goddess of Death in this Thrilling New Trailer for ‘Thor: Ragnarok’ 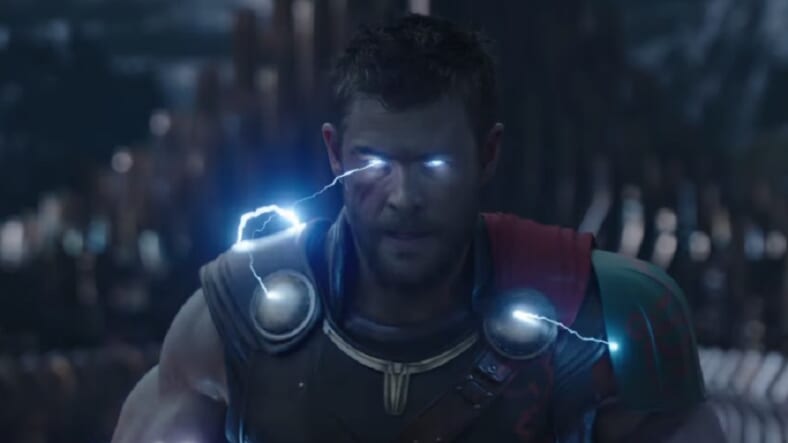 Comic book movies unleashed some exciting movie trailer goodness on San Diego Comic-Con Saturday, and one of the most anticipated was easily the first really good look at Thor: Ragnarok.

Chris Hemsworth is back as the god of thunder, but he’s far from his home in Asgard when a threat arises in the form of Cate Blanchett’s Hela, the goddess of death.

Marvel’s description of the film takes it from there: “Thor (Chris Hemsworth) is imprisoned on the other side of the universe without his hammer and to escape and save his home world he must fight his former ally and fellow Avenger—the Incredible Hulk!”

It’s easy if you’re already primed to like action-packed and colorful films to enjoy this trailer, but it’s a cut above even the typical Marvel preview—stuffed with action sequences and lots of humor. Tom Hiddleston is back as the eternally smirking Loki, and Mark Ruffalo appears in unassuming human form as Bruce Banner.

There are some revelations here too, including the fact that Hulk is finally speaking as he did in the comics, which should make for plenty of fun here and in future Marvel films.