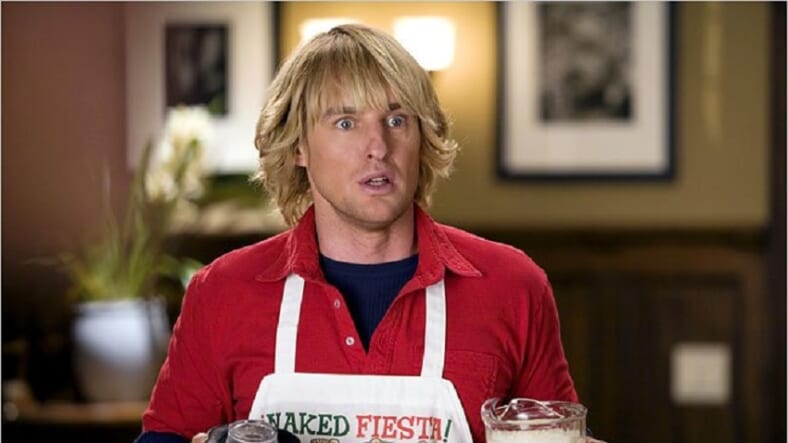 Recently it was noticed that Matthew McConaughey has said “Alright” in many more movies than just Dazed and Confused. In fact, it’s like a verbal “Wilhelm Scream” with him; he says it in every movie. Just throws it in casually in a given scene.

As far as annoying supercuts dedicated to an actor saying a signature word in movies goes, Owen Wilson was way ahead of McConaughey. Video compilations of the actor saying “Wow” seem to go back several years. Australians apparently love this, because on February 26, thousands will gather in Melbourne to say “Wow” just like Wilson says it. In unison. No, for real.

It began with a Facebook page organized by a man named Nicolas Zoumboulis, “Owen Wilson Wowposting.” To his shock, the page went viral.

Zomboulis told the Herald Sun that he “didn’t realize the numbers would grow so much.”

Zomboulis reportedly said that “it was originally a joke event,” and it didn’t occur to him to get a permit for the gathering. “I didn’t even know you needed one,” he said, ‘But it’s all real now.”

The great gathering of wondrous Wilsonites will wow the citizens of Melbourne in Federal Square Monday night. As the Herald Sun article was published a few days ago, more people have had time to indicate they are attending on Zomboulis’s Facebook page.

The “Wow” ranks could skyrocket to near 5000. We don’t know if Wilson will be there, though.

And for what it’s worth, he’s keenly aware of how that’s become his signature word, and explained its origin in an interview.

The “wow” and other lines like “crazier than a road lizard,” Wilson said, are “there for my really committed fans.”

“I throw out a little word…a kind of wink and nod to them.”

The fans have noticed. And the “Wow” collections are crazier than just that one word. Like the one that’s made up Keanu Reeves movie clips, but every time Reeves fires a gun, it’s Wilson saying, “Wow.”

“Let’s put some positivity out there into the world!” wrote Zomboulis on the Facebook page for the gathering, “Let’s marvel at the beauty and Wonder of this incredible planet we live on, and let’s WOW like Owen Wilson!”

Hey, if you’re in Australia and nearby, there are worse things you could do.