Get Weird with 3 New Clips from Marvel’s ‘Doctor Strange’

This could be awesome. 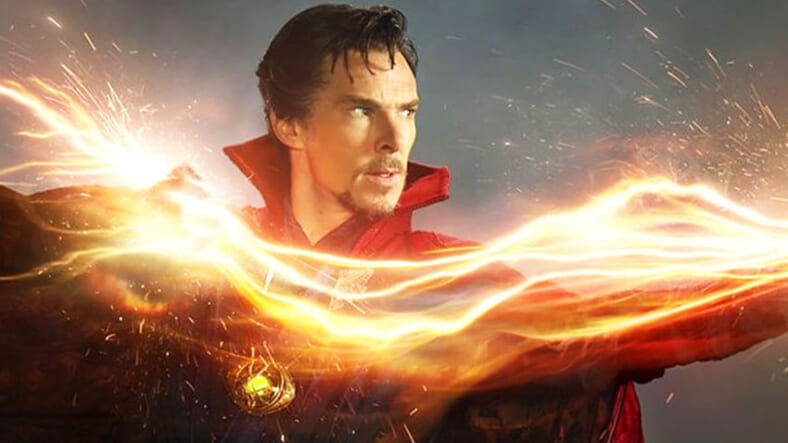 Ahead of its November 4th release, Marvel has decided to get audiences better acquainted with the newest member of the MCU, titular character Doctor Strange.

The film will see doctor-turned-sorcerer Stephen Strange (Benedict Cumberbatch) taken under the wing of The Ancient One (Tilda Swinton) following a crippling accident that leaves him feeling less than empowered. After becoming trained in the Mystic Arts and obtaining a label of Sorcerer Supreme, Strange becomes a magic-wielding hero set on defending Earth from whatever mind-bending oddballs are hellbent on destroying it.

In the very first clip, we see Stephen strolling the hospital hallways with beautiful colleague Christine Palmer (Rachel McAdams). Rumor has it the True Detective star is extremely underutilized in the film, but isn’t thrust into the story as a damsel-in-distress, which is a nice change of pace.

The second sees a now homeless-looking Stephen after his accident, attempting to follow a “healing through belief” regime, courtesy of The Ancient One. We also catch a glimpse of Baron Mordo (Chiwetel Ejiofor), a character most comic book fans know will take a villainous turn at some point during this Marvel saga.

The last scene has Doctor Strange facing off against the movie’s main baddie, Kaecilius (Mads Mikkelsen) in the hidden sanctum. Though he’s clearly accepted the power of the mystic arts, it doesn’t seem he’s obtained complete control. Spoiler alert: He lands on his ass pretty quickly.

Immerse yourself in a very different type of Marvel movie when Doctor Strange hits theaters on November 4th.