As two of the world’s top welterweights face off on Saturday night, a boxing writer weighs in on his favorite slugfests. 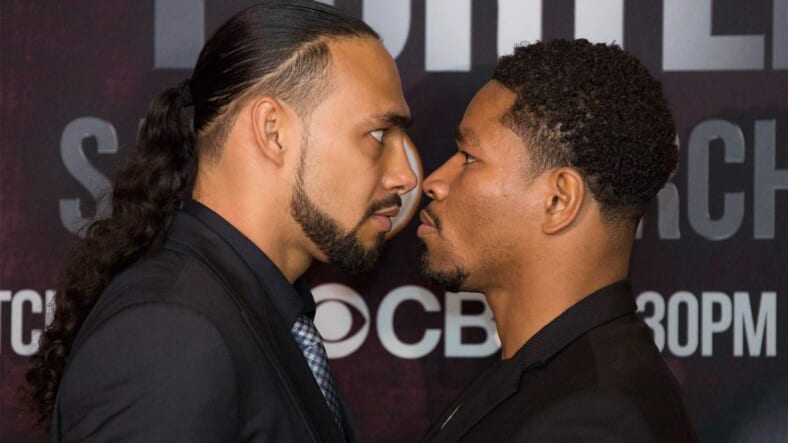 One Saturday night in May 2005, I sat down on my living room couch to watch a fight between lightweight title-holders Diego Corrales and Jose Luis Castillo.

It was not a PPV extravaganza. There had been no massive worldwide press tour or sustained media hype. Even my casual boxing fan buddies bailed, leaving me alone with the popcorn and beers. But I had a hunch they would regret missing this fight.

As a hardcore boxing fan and sports writer, I understood that despite the lack of mainstream attention, Corrales/Castillo had the makings of something special. Something memorable. However I couldn’t have guessed just how memorable.

The matchup, a non-stop-fighting-in-a-phone booth-style-brawl, turned out to be (in my mind) the fight of the decade and the tenth round was, unquestionably, the most remarkable three minutes of action I’ve ever witnessed in a ring.

This Saturday night has similarly explosive possibilities when Keith Thurman faces off against fellow welterweight Shawn Porter on CBS. Both Thurman, 27, and Porter, 28, are in their prime. Both have superb records built not on tomato cans but quality opponents (Porter’s lone loss was a majority decision against undefeated IBF champion Kell Brook). And both men come to fight. Always.

Welterweight titleholder Thurman (26-0, 22 KOs) is the bigger, taller 147-pounder. He’s got serious power. Yet the Clearwater, Florida fighter is also a smooth stepper, able to use footwork to avoid opponents’ punches. Former titleholder Porter (28-1-1, 16 KOs) is a pit bull. He’s shorter, stockier and always on the offensive. The Akron, Ohio native knows how to move only one way: forward.

“Thurman has a reputation as one of the hardest punchers in the division,” says Showtime Boxing analyst Steve Farhood. “And Porter, being a shorter welterweight means he always has to come forward and be aggressive. That adds up to a potentially great fight.” It’s the biggest moment of both fighters’ careers—and they’re bound to leave everything they have in the ring.

For a taste of what this epic showdown between two of the world’s best welterweights might live up to, here are five of my favorite fan-friendly fights.

The rangy, sharpshooting Corrales against the brutal, body-pinching Castillo. The endless action looked like something out of a Hollywood movie. Blood, knockdowns, and a nearly impossible-to-believe ending. Venerable Philadelphia Daily News boxing writer Bernard Fernandez called it ‘The real Fight of Century.’

There were no titles or belts on the line for this HBO After Dark bout. The two junior welterweights had a combined 17 losses. But that didn’t stop them from putting on one of the greatest displays of heart and courage in boxing history. They served up and ate more punches than one might think humanly possible. Then went on to fight two more times.

Morales hailed from Tijuana, Barrera from Mexico City, and their dislike for each other was well known. In their first super bantamweight bout they showed off the punching power and a savage eagerness to engage for which Mexican fighters are renowned. Despite the brutal pounding each man absorbed, the action somehow never slowed. Their eventual trilogy is considered one of the greatest in boxing history.

This bout between two of the most ferocious featherweights didn’t fail to deliver. The two men combined to throw over 2,000 punches and the relentless pace had even viewers at home (like me) on their feet. How two men could sustain that furious pace is almost unthinkable.

Once again, there were no titles at stake, no man vying for pound-for-pound status. Just two junior welterweights who really, really like to fight. The solid-as-granite Russian Provodnikov kept coming at the Argentine, but Matthysse kept answering with relentless firepower. Battered and bloodied, the pair battled to the very end.