The reign of the Tiger Queen begins. 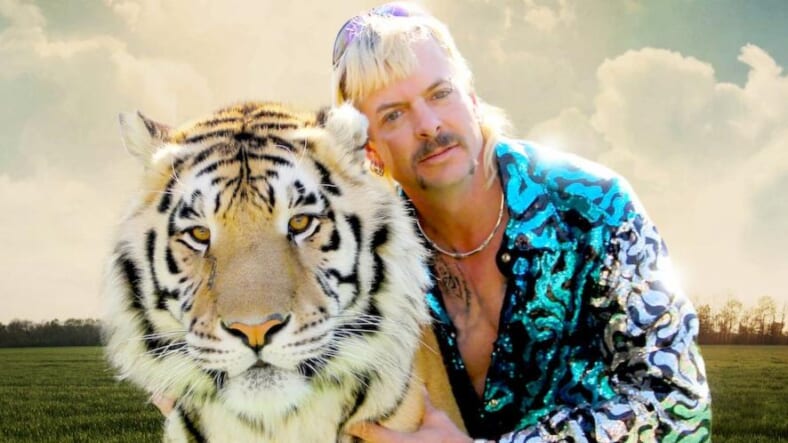 Joe Exotic, the imprisoned central character at the heart of Netflix’s true crime hit Tiger King, can’t catch a break. Latest example: Carole Baskin, the activist who he is in prison for plotting to kill, is now the proud owner of the zoo Joe left behind when he was arrested.

On Monday, Baskin’s Big Cat Rescue was granted full control of Joe’s Oklahoma zoo to compensate for a $1 million trademark judgment in her favor.

U.S. District Judge Scott L. Palk in Oklahoma City ruled the Tampa-based Big Cat Rescue “has sufficiently traced funds to allow for the imposition of a constructive trust” under state law regarding the 16.4-acre Wynnewood property formerly owned by Joseph Allen Maldonado-Passage aka Exotic.“Big Cat Rescue’s constructive trust and equitable lien in and to the buildings shall survive any physical or title transfer of the building and shall follow any proceeds, except as to a good faith purchased for value,” the 11-page order states.

In 2016, Baskin’s Florida-based Big Cat Rescue sued Shirley M. Schreibvogel, Exotic’s mother. The claim was that a transfer of property from Exotic to his mom was made under fraudulent circumstances.

Under oath, Schreibvogel said Exotic transferred the property to her name to keep it out of creditors’ hands—likely in anticipation of Big Cat Rescue winning the suit.

Exotic lost a 2013 trademark infringement case and was under court order to pay Big Cat Rescue almost $1 million. That suit, over his use of nearly identical logos to those created for Big Cat Rescue, was at the heart of the Netflix series that traced the Oklahoma man’s rise and fall.

Exotic was slapped with 22 years in a federal pen in 2019 after it was found he’d attempted to put out a hit on Baskin—and also likely violated the Endangered Species Act.

Tiger King: Murder, Mayhem and Madness was released on Netflix in early 2020 and was an almost immediate hit for the streamer as over 10 episodes viewers were brought into Joe Exotic’s bizarre world—open relationships with multiple men, allegations of animal abuse, and increasingly troubling weirdness in general that culminated in his plot to kill Carole Baskin.

Also highlighted were unproven allegations Baskin had done away with her second husband. Taken altogether the series provided fodder for countless memes and jokes and led to plans for future TV and movie versions of Exotic’s weird and twisted tale.

Exotic is incarcerated at the Fort Worth, Texas Federal Medical Center after being transferred there from Oklahoma to avoid getting infected with COVID-19.