Tim Tebow Just Signed with the Mets, and Deluded Superfans Are Already Buying His Jersey

They’re not ashamed to be associated with the likely two-time bust. 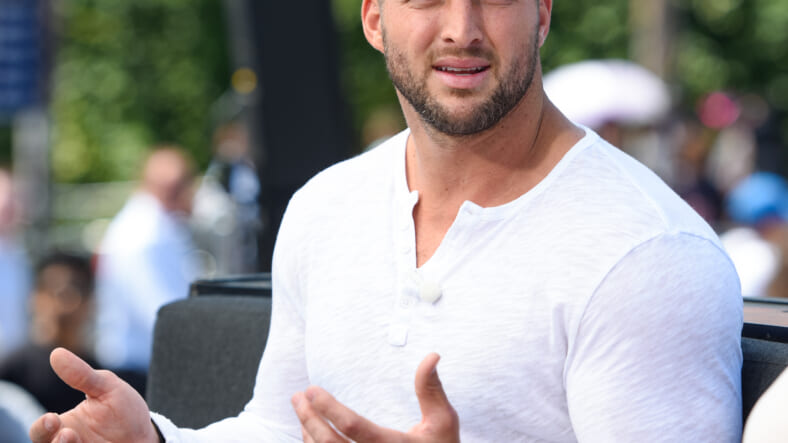 The New York Mets announced this morning that Tim Tebow, former NFL quarterback and ESPN talking head, is now a member of their organization. The team signed Tebow, who’s now an outfielder, to a minor league contract and sent him to their instructional league in Florida.

Tebow will join a slew of young players in Port St. Lucie as he tries to shake off the rust accumulated in a decade away from baseball.

But if Tebow’s skills are going to take some time to come back, the adoration of his fans will not. Perhaps more than any other modern athlete, Tebow has a personal fan club who followed him from the Broncos, to the Jets and now to the Mets. Some of these lunatics are already buying his jersey.

Safe to say , as soon as a Mets Tebow jersey is available, I'm buying it first day

Tim Tebow jersey in the mail as we speak #LGM

The MLB Shop will allow for custom jersey orders, so that’s likely what these people are doing. But if that’s not your jam, opportunistic eBayers have already begun listing Tebow jerseys for sale.

The great thing about buying a Tebow jersey is that it’s a win-win scenario. In the highly unlikely event that he actually becomes a Major League player, you’ll be able to say you were one of the first to jump on the Tebow bandwagon. But if the more likely scenario happens, and he sucks before eventually giving up baseball and signing with an NHL team, you’ll have one of the best ironic jerseys in the game.