Margot Robbie’s there, too! 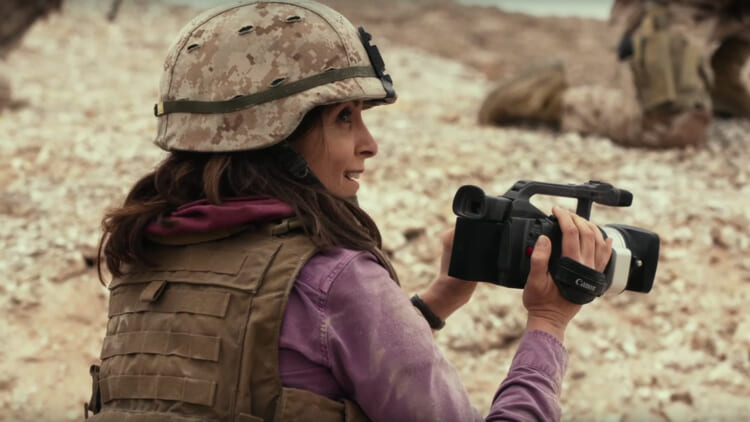 Tina Fey and Margot Robbie will join forces for the upcoming wartime comedy, Whiskey Tango Foxtrot, which finds Fey’s character a little bit out of her element as a journalist on an unexpected assignment in the Middle East.

The movie is based on journalist Kim Barker’s 2011 memoir The Taliban Shuffle: Strange Days in Afghanistan and Pakistan; Fey plays a (presumably) fictionalized version of Barker, who is called to volunteer for an overseas assignment as she is one of the few people in her NYC newsroom who is married and childless. Frustrated by what she describes in the trailer as a vaguely depressing existence, she agrees to the assignment despite having limited experience in that kind of reporting environment.

The trailer is funny, but it’s hard not to feel a little bit uncomfortable about making light of what is a very real, very unfunny daily reality for some people living in Afghanistan. Here’s hoping the movie isn’t just an exercise in exploitation.