TJ Miller Talks the Super Bowl 50 Ads, ‘Deadpool,’ and Why the Broncos Will Be Victorious

It’s the most exciting Sunday night of the year. 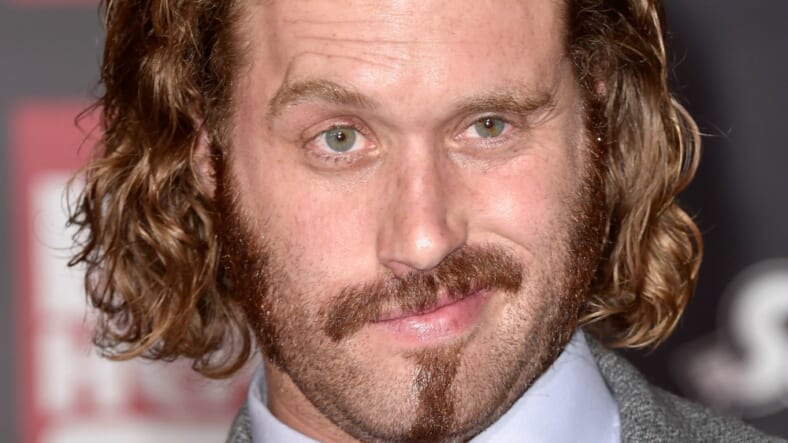 While millions of football fans will tune in this Sunday to see if the Denver Broncos will successfully dominate the Carolina Panthers at Levi’s Stadium, the rest of America will be focused on two things: how many chicken wings they can eat in one sitting, and the abundance of increasingly ridiculous new ads that’ll premiere between downs. We’ve already bared witness to a handful of amusing commercials, but it’s regular funny man TJ Miller‘s witty banter with Shock Top’s Wedgehead that has us craving a nice tall glass of Belgian White. The Deadpool star spoke with Maxim about this year’s Superbowl ads, what his movie character would want to promote, and why the Broncos are going to annihilate the Panthers.

How did things come about for you and Shock Top?My sensibility and style fell in line with Shock Top. When they asked me to be in the Shock Top ad, I knew they would be open to something more in the realm of what I do. They mentioned a talking orange beer tap and I thought, well this seems pretty much up my alley.

What’s best about going the ‘unfiltered’ route?Well, it’s a lot easier not to filter your thoughts or words, or beer. And it’s more my style. I can’t really filter all my thoughts and actions and worry about that day to day. We relaxed, like our spot. We didn’t get helicopters, we didn’t blow up a building, ya know. We didn’t hire Robert Downey Jr because, it was just me and a talking beer tap at a bar joking around.

The banter between you and the Shock Top orange seemed similar to the lines thrown back and forth between you and Ryan Reynolds in Deadpool. What would Wade and Weasel want in a Super Bowl ad?That’s so funny. Weasel would probably want to promote his bar [laughs] and get more business in there, or whatever business venture, and Wade would want to ‘ya know,’ and Weasel would be happy to help. Wade would want to promote taking down the Super Bowl and all their advertisement, anti-capitalist sentiment.

This year, Budweiser with Helen Mirren, those are great commercials – ads that take risks, do something innovative and original, when a company, which is rare, (rare) makes a statement for what defines their ideology and philosophy of their companies; those are the great super bowl ads, AND if they have a duck that is cuddling with a dog.

Does anything really stand out, for better or for worse, in this year’s ads?I prefer humor, hence my career in comedy. I sort of feel like, I don’t know man, what’s better, what’s more wonderful and American than everybody gathering around watching football, getting excited, rooting, making wagers on the game, being about this team or that team. Whatever it is so that the heartache and emotional attachment, intense nature and hoping, and worrying about all that stuff, that mixed with intermittent comedy advertisement. It’s a perfect Sunday night. If you’re laughing, cheering, worrying, yelling, and eating seven layer bean dip and then laughing at the entire experience, what’s better? I also like the amount of celebrity endorsement. It’s great that companies are catching on bringing on actors and comedians who are funny and entertaining bringing high caliber content. I think that makes it an incredible experience. Trusting people like Ryan Reynolds, me and Amy Schumer, Christopher Walken, trusting them with these big big ads.

If you had free reign over ad development, what would you want to promote and what would the scenario look like?The perfect scenario would be unlimited budget 50 helicopters, a gold toboggan, ya know, for sledding, and an In-n-Out burger truck that follows me wherever I go, and my wife constantly lying in a hammock with men fanning her with palm leaves, BUT not attractive men, and all shorter than I am.

Who do you want to win the Super Bowl?Fucking Denver, are you crazy? I am mile-high until I die. You hear me? Denver must win, Denver will win, because Denver is the greatest city not only in this great nation but also globally.