Amanda Peet deserves better than this. 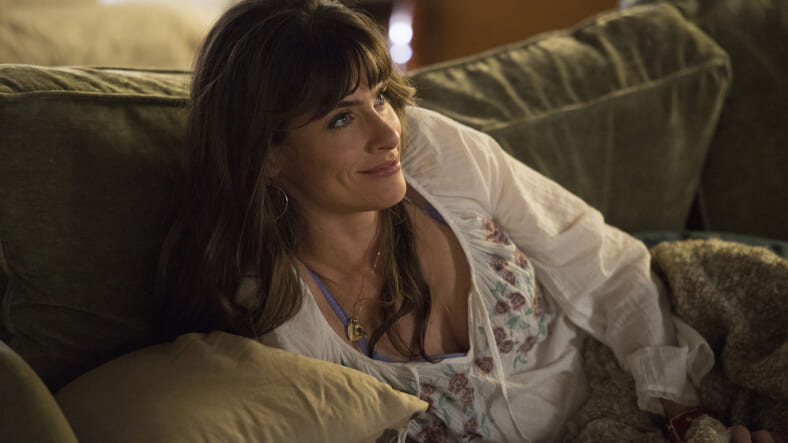 HBO continues to crush our dreams with the cancellation of the beloved-by-too-few-people Jay and Mark Duplass dramedy, Togetherness. The decision comes in the middle of the series’ second season, which will be its last.

The statement from HBO indicates the network will continue to work with the Duplass brothers, who continue to be sought-after in the TV and film industries.

”Although we have decided not to proceed with another season of Togetherness, we look forward to continuing our strong creative collaboration with the talented Jay and Mark Duplass,” HBO said in a statement to Deadline.

We’re annoyed by this because the two best things about Togetherness are not Jay and Mark Duplass (who we like a lot!) but Melanie Lynskey and Amanda Peet, who play sisters who have stayed close despite very different life trajectories. Lynskey has been consistently working in quality projects for a while now and we don’t expect that to change. But we think it really sucks for Peet who has consistently been served up scripts and roles that are far beneath her considerable talent and overall appeal. Togetherness was Peet’s opportunity to really show what she is made of, and we wanted to see more of it.