Mediating judge warns that the case could stretch into 2017. 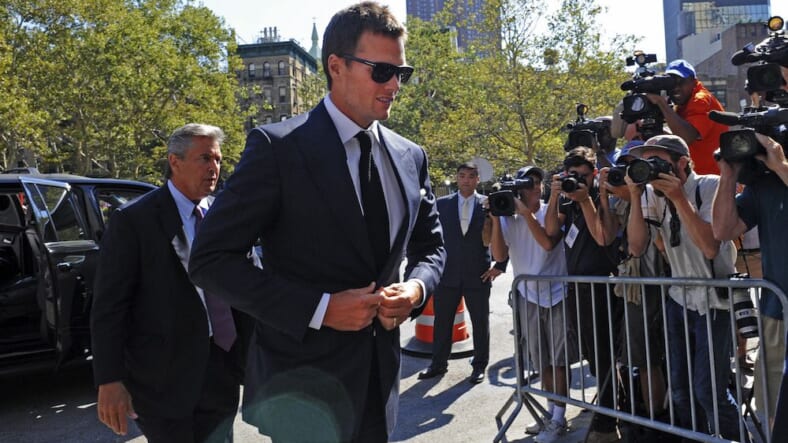 Star Patriots quarterback and unofficial prince regent of the wintry kingdom of New England Tom Brady may have to deal with Deflategate fallout for years to come.

Brady and NFL commissioner Roger Goodell joined their teams of attorneys in a Manhattan courtroom Wednesday, where pointed questioning from U.S. District Judge Richard Berman sometimes pushed both sides away from the goal line, questioning the strength of the NFL’s case against the Patriots quarterback.

The result may be another two years of Deflategate headlines as Brady and the NFL spar over the validity of the four game suspension the league slapped Brady with back in May. In his remarks, Judge Berman said what we’re all thinking about the ongoing Deflategate saga: “Nobody here wants to wait that long.”

After one of the NFL’s lawyers admitted evidence that Brady was aware balls used in the AFC Championship game were under-inflated was circumstantial, the New York Daily Newsreports Judge Berman said, “What is the evidence of a scheme or conspiracy that covers the January 15 game? I’m having trouble finding it.”

The judge followed up by wondering if the under-inflation even helped Brady at all. CBS Boston reporter Jim Armstrong tweeted that the judge also “pointed out that Brady did better in the second half of that Colts game after the balls were reinflated.”

NFL Attorney Daniel Nash said what mattered was Commissioner Roger Goodell’s “thought on that, his judgment.”

Judge Berman, while admitting no one wants the case to drag into 2017, said at the beginning of the hearing that there were “strengths and weaknesses to both sides.”

Jim Armstrong observed that Judge Berman was sarcastic about the prospect of further filings from both sides, asking “do I have to read over the weekend now?”

The only person who didn’t laugh at the judge’s joke, reported Armstrong, was Tom Brady.