This is going to be good. 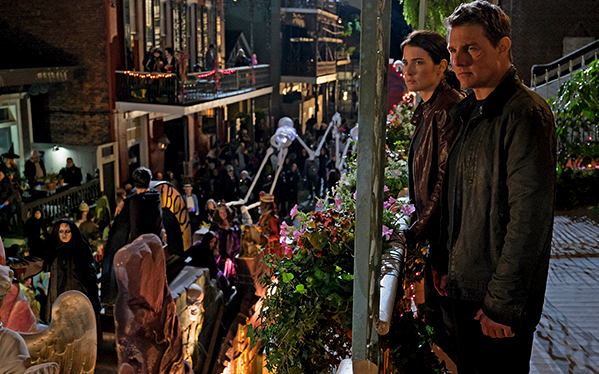 In Jack Reacher: Never Go Back, the sequel to the 2012 action thriller, Cruise finds himself back in Virginia to break his former unit head (Cobie Smulders) out of prison and prove her innocence. To no one’s surprise, chaos ensues, things explode, and Smulders’ training as S.H.I.E.L.D agent Maria Hill actually makes her seem like a worthy comrade for Reacher.

The trailer concludes with Cruise on the phone in very Taken-esque fashion, with a threatening speech that may require a change of underwear for whoever’s on the other line.

“I’m not the law, so you should start running because I’m gonna start hunting,” he says. “And when I find you, I’m gonna kill you all.”