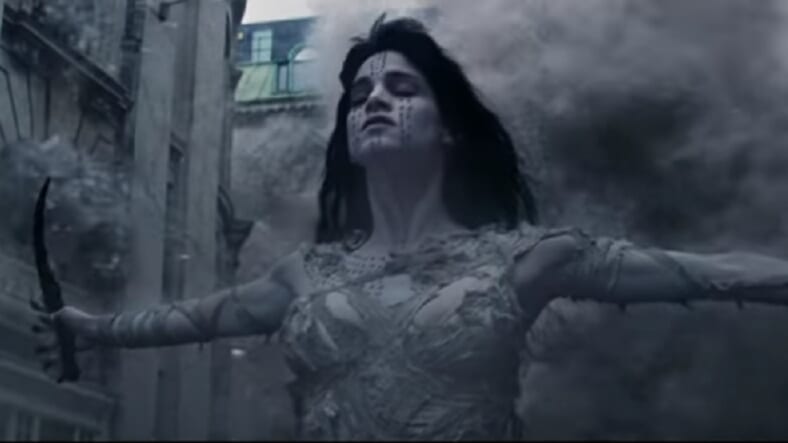 With this latest reboot we get all the classic Cruise action hits like sprinting crazily away from disaster and miraculously surviving explosions plus Sofia Boutella doing what looks like a truly different take on the undead Egyptian royal at the center of the tale.

This Mummy is angry, means business, and she’s ready to destroy entire city blocks to get what she wants. The trailer makes it clear that in some way Cruise’s character has been marked by the mystic forces that allow the Mummy to rise and destroy, but he’s not ready to cooperate.

To an eerie cover of “Paint it Black” we also get glimpses of some seriously creepy moments, including undead creatures hungrily swimming toward Tom Cruise under the water.

We’ll see if Cruise and his fellow cast members survive the Mummy’s rage when the film premieres in June, 2017.