“This was a young man who knew something about time management.” 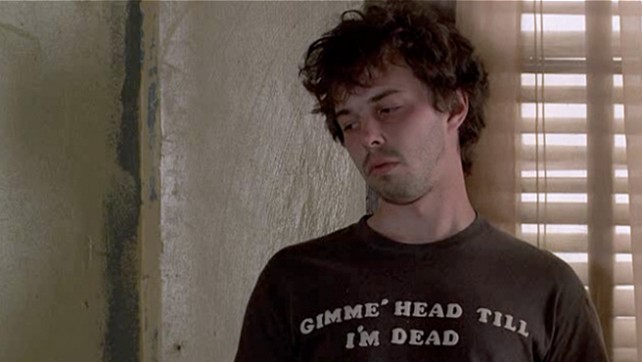 Tom Cruise was a virtual nobody when he was cast to play the lead role in Risky Business. Only 20 years old at the time, the baby-faced pretty boy had played supporting roles in Taps and The Outsiders when he landed the role of Joel Goodson, an honor roll student who hooks up with a prostitute and turns his house into a brothel.

Cruise followed a similar path as his character while shooting the movie, co-star Curtis Armstrong writes in his new memoir.

The man who would later become known as Booger from Revenge of the Nerds writes that when he first met Cruise the actor “made straight arrows look like corkscrews.”

I would ask him at the end of the day if he would like to join us at the bar for a drink. “No,” I recall him saying, “Got an early call tomorrow. Got to work out still, study my lines. And then I like to read the Bible a little before bed.”

But then Armstrong started to observe a shift. In addition to Cruise’s on-going love affair with so-star Rebecca De Mornay, “he started cutting a wide swath through the local talent,” Armstrong writes. Then, one night after Cruise told him he was going to stay in and read the Bible, Armstrong came back to their hotel and found a very different scene.

But then, returning late one night, I found three or four young girls — late teens, I suspect — lined up in the hall outside of Tom’s room. I remember thinking, “Tom’s going to be really upset if these hot girls interfere with his Bible reading.” So I asked them, with all the stern gravitas of my 28 years, if there was something I could do to help them. They just stared at me, and at that moment, Tom’s door opened and another girl came out, adjusting her hair and taking off down the hall, while the first girl in line slipped into Tom’s room. This was a young man who knew something about time management and understood how to successfully juggle Bible study and blow jobs. I went to bed alone that night thinking it served me right for not being religious.

And with that, the mystery of Tom Cruise gets more confusing than ever.