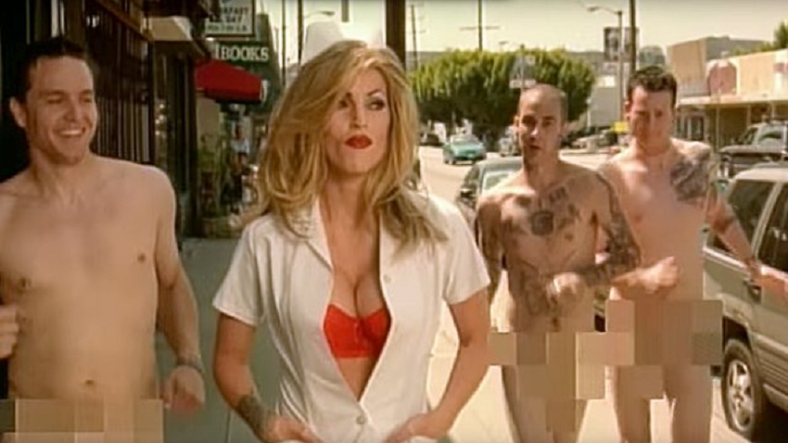 Maybe ex Blink-182 front man Tom Delonge has been playing a long game we didn’t understand. The pop-punk singer’s fascination with the paranormal, especially UFOs and aliens, is well-known and has led some to wonder if he’s okay. Turns out Delonge is really using that interest to forge a new career as a filmmaker.

A report from The Hollywood Reporter indicates Delonge is going to direct a science fiction film titled Strange Times and his new band, Angels & Airwaves, will provide the score. Here’s more from THR:

[The film] centers on a rebellious group of San Diego skateboarders, who take it upon themselves to investigate extreme paranormal activity around town, only to embark on an adventure that they could have never imagined.It is based on DeLonge’s Strange Times franchise, which includes fringe website, a graphic novel and sci-fi YA trilogy that DeLonge is co-writting with author Geoff Herbach, with Simon & Schuster having released the first book, Strange Times: The Ghost in the Girl, last October.

While reports on Delonge’s deep dive into the weird have hinted at questions about his grasp on reality, this news provides an ah-ha moment: the guy knew what he was doing all along, and was aiming for a career shift into films and novels.

THR quoted Delonge’s explanation for the inspiration behind the movie and it was pretty straightforward. He said he’d grown up “in Southern California as a disaffected young skateboarder who broke the occasional law or five,” and he also found himself “obsessively looking for the more unusual and imaginative experiences that life has to offer.”

We don’t know if his movie will feature any hot social media stars running nude through LA as well, but we can hope.