See who else made the cut. 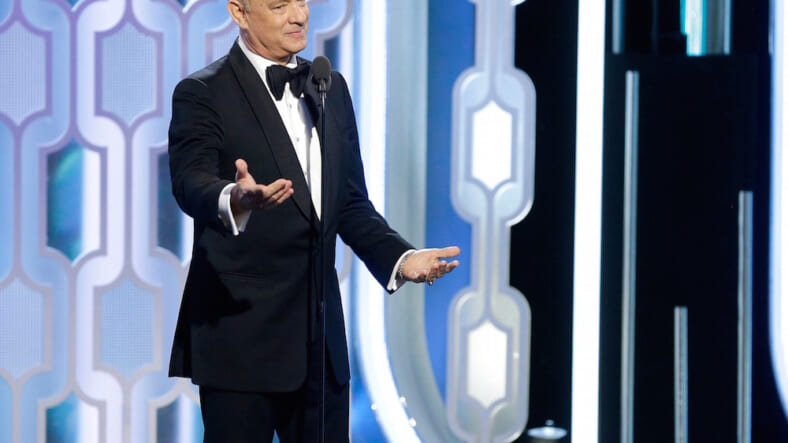 Perhaps it’s his unmatched breadth of roles, his everyman charm, or those bright blue eyes. Whatever the reason, Tom Hanks has left an indelible impression on Hollywood and in the hearts of moviegoers.

It’s easy to see why he was just named America’s favorite leading man.

There were some surprises on the list, with John Wayne taking fourth place despite not having exactly been around to appear in films for nearly 40 years (read: dead). The Harris Poll also threw some of our favorite leading ladies, like Jennifer Lawrence, into the mix. Check out the top 10 below:

This being the vast and sometimes divided country that it is, there were some regional differences of opinion. Namely, the East Coast is mad for Harrison Ford, the South loves the rakish Johnny Depp, the Midwest likes dependable Denzel Washington, and the West Coast digs Hanks.

Luckily for Hanks-hungry audiences, our man Tom has a slew of new projects in the cooker, including the upcoming A Hologram for the King. We’re sure it’ll be great, seeing that everything Tom Hanks touches turns to gold.