Tom Hardy Based His ‘Venom’ Character on 3 Incredibly Unlikely People

Who knew Woody Allen, Conor McGregor and Redman had something in common? 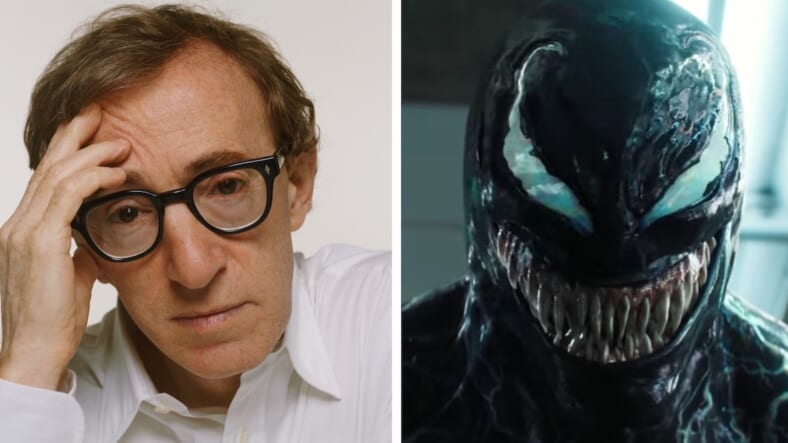 We weren’t expecting this.

Watching the trailer of Tom Hardy‘s upcoming Venom flick, it’s clear the esteemed actor goes deep into the mind of journalist Eddie Brock, whose monstrous, twisted side starts taking over his life.

But we didn’t think he went this deep…

In an interview with Esquire, Hardy reveals that he based his performance on UFC star Conor McGregor, rapper Redman, and — wait for it — Woody Allen.

Those are not details he revealed to the execs at Sony, which is producing the movie. “You don’t say shit like that to the studio,” he says.

Man, that would be quite the dinner party!

Marvel is being extremely tight-lipped about the plot of the film, but this is what Wikipedia offers:

Following a scandal, journalist Eddie Brock attempts to revive his career by investigating the Life Foundation, but comes into contact with an alien symbiote that bonds with Brock, giving him superpowers as long as they share the same body.