“Conor obviously wants to have a scrap with everybody, so that’s useful.” 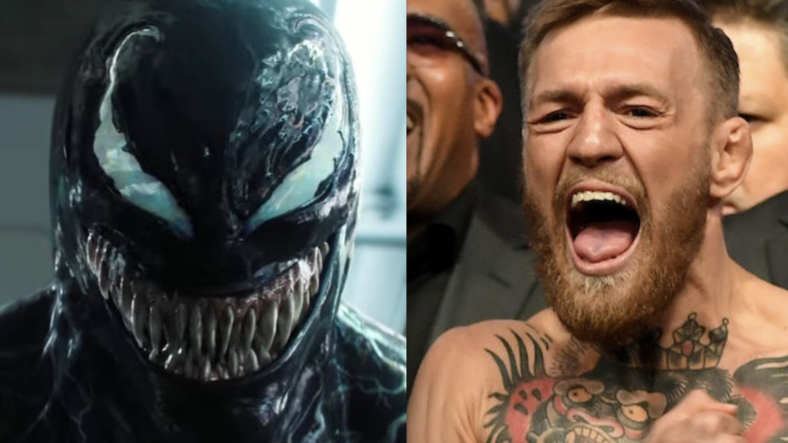 We knew that Venom star Tom Hardy had an oddball mix of personalities in mind when constructing both Eddie Brock and Brock’s toothy alien alter ego.

In a new interview with the UK version of Esquire, Hardy elaborated on using McGregor as inspiration. Turns out the MMA star’s personality influenced the actor in a surprising way:

“It was not Venom: he was not based on him. There were more elements of [Venom’s alter-ego] Eddie Brock which needed to be pinned on somebody who’s incredibly handy physically.

“And, obviously, Conor is incredibly handy physically,” said Hardy.“There was an aspect the studio wanted somebody who could fight, which they always do in these sort of hero movies,” he added.“They want somebody who can have a scrap. Conor obviously wants to have a scrap with everybody, so that’s useful…”

It seemed obvious to the casual reader that Hardy was using his McGregor inspiration for the monster, right? McGregor is wild, will fight anyone (including massive “Mountain” Game of Thrones strongman Halfthor Bjornsson). He has a big, feral grin. It all fits.

But no, he apparently inspires the human side of the complicated creature who gives the movie its title.

It seems like the kind of thing Conor McGregor might love. No one familiar with his shenanigans would be surprised to find him in the theater when Venom premieres on October 5.