What happened to the Japanese and Taiwanese flags? 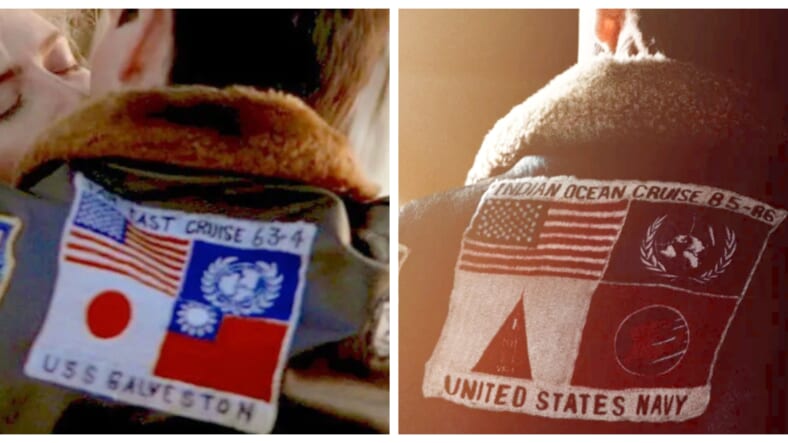 Top Gun: Maverick looks set to bring back the fiercely independent spirit of the character Tom Cruise first played in the 1980s, but its wardrobe department apparently still had to make sure the film bowed to the considerable power of the Chinese box office.

Turns out Maverick’s iconic bomber jacket has changed a little more over the years than the ageless actor who wears it, and the change was almost certainly made to please China’s ruling Communist Party.

There’s a new Top Gun movie coming out. And Maverick is wearing the same leather jacket – only this time it’s Communist Party of China-approved, so the Japanese and Taiwanese flag patches are gone (screenshot on right is from the new trailer)… pic.twitter.com/gUxFNFNUKX

The change was first noted on social media, when journalist Mark MacKinnon tweeted the following observation: “Maverick is wearing the same leather jacket – only this time it’s Communist Party of China-approved, so the Japanese and Taiwanese flag patches are gone (screenshot on right is from the new trailer)…”

Maverick does at first glance seem to be wearing the same jacket, but the big patch in the center originally read “Far East Cruise 63-4, USS Galveston.” It was meant as a tribute to the Galveston‘s actual tour of the Western Pacific as well as Japan and Taiwan—hence the United Nations, American, Japanese and Taiwanese flags.

If you blur your vision a bit the jacket in the new movie looks the same, until it doesn’t. The U.S. and United Nations flags are there, but the Japanese and Taiwanese symbols are gone, as is the mention of the Galveston. Now it just says United States Navy. And the symbols left in place of the missing flags? Anyone’s guess as to what they are.

China was ravaged by Japan in World War II and there are ongoing tensions with Taiwan over its independence.

Additionally, Chinese box office growth may have slowed a bit in 2018, but it’s still bigger than North America’s, according to IndieWire.

A mild cosmetic change like the one made to Maverick’s big patch was undoubtedly geared toward appeasing Chinese censors and smoothing Maverick‘s path to that lucrative market.

Top Gun: Maverick opens sometime in 2020, and we’re sure eagle-eyed fans will be watching for further changes until then.